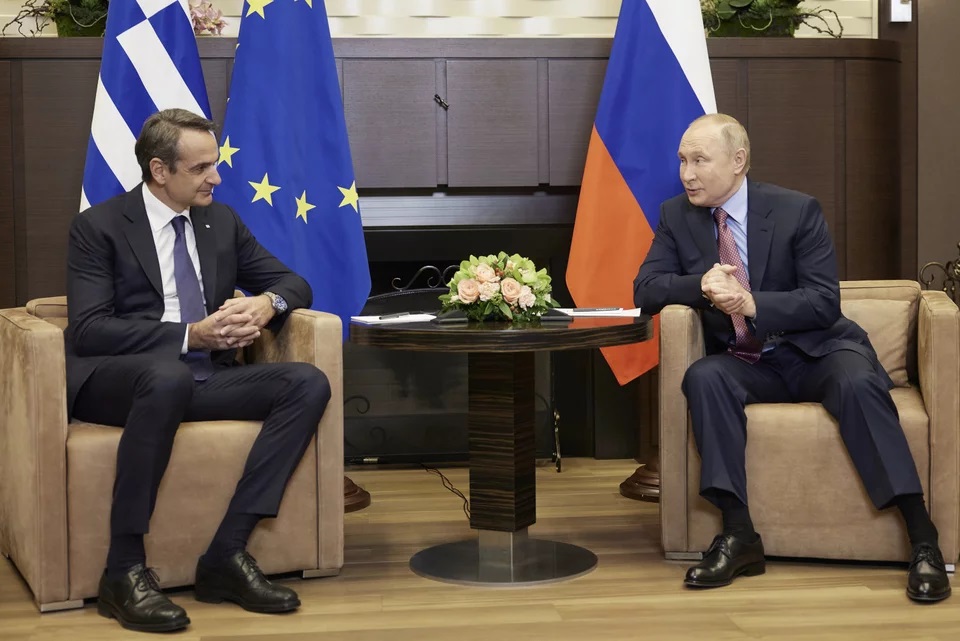 Upon his reception by the Russian president in Sochi, Mitsotakis emphasized that there was room for improvement in Greek-Russian relations in economic affairs, bilateral trade and tourism.

He said the Greek-Russian Year of History 2021 had been an impetus for closer collaboration on all levels while noting that Greece’s economy was growing rapidly as the pandemic draws to a close.

The Greek premier highlighted Russia’s important role in regional affairs due to its position as a permanent member of the UN Security Council, saying the meeting was an opportunity to exchange views on issues of regional security.

The meeting between the two leaders comes one day after the much-anticipated video call between the Russian and American presidents on the crisis in Ukraine.

President Biden “voiced the deep concerns of the United States and our European Allies about Russia’s escalation of forces surrounding Ukraine,” and “made clear that the U.S. and our Allies would respond with strong economic and other measures in the event of military escalation.”

Mitsotakis stressed that the communication channels between Russia and the EU must remain open. “I expressed my concern about the revival of tension in Ukraine,” the Greek premier also said, adding that “there will be no victor. We are strongly interested in the region of Donbass, because there are a lot of Greeks living there.”

Greek diplomatic sources pointed out that Russia is a permanent member of the UN Security Council with a strong role; it has also repeatedly underlined its commitment to the International Law of the Sea.

Mitsotakis also referred to Russia’s contribution to the Greek Revolution of 1821 exactly 200 years ago, which led to the foundation of the modern Greek state.

Putin also highlighted the special bond between the two countries and the fact that the Greece-Russia Year of History coincided with the bicentennial of the Greek Revolution, in which Russia helped the Greek people accomplish their goals.

Putin expressed satisfaction with the rate of growth of bilateral economic and trade ties, noting that the volume of trade transactions had this year returned to pre-pandemic levels, and said that the talks with Mitsotakis will cover a broader range of issues.

“If last year we saw a decline in trade around 35 percent, then this year the growth is 56 percent, so we have almost reached the pre-pandemic level,” he said according to the Tass News Agency.

Putin added that during Mitsotakis’s meetings with members of the Russian government, “good agreements have already been reached, the parties have come to the signing of relevant documents.”

After a meeting and working dinner, the two leaders will hold a joint press conference.

Mitsotakis and the Russian President are going to adopt a Joint Action Plan for the years 2022-24, which, as government sources noted, will determine the main axes of bilateral cooperation for the coming years and the successful 13th Meeting of the Joint Interministerial Committee of Greece – Russia.