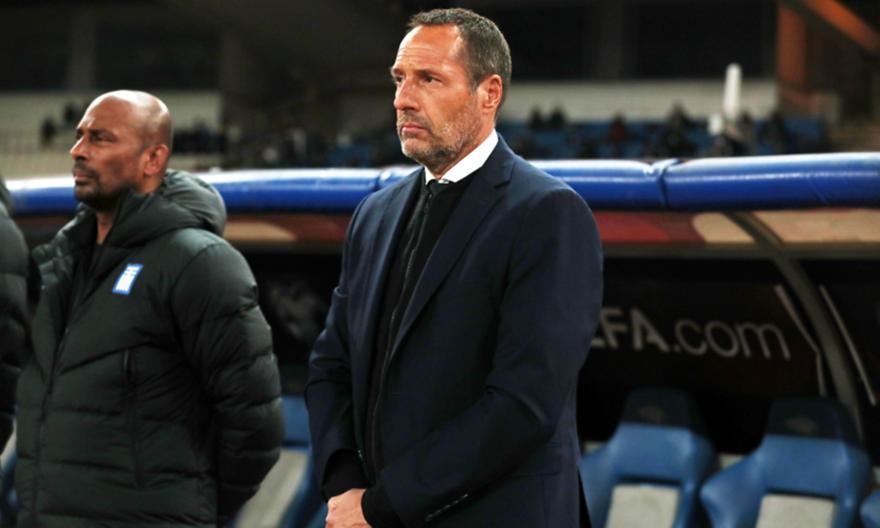 Greece’s National Football Coach John van ‘t Schip resigned from his post on Friday citing the indecision by the Hellenic Football Federation to renew his contract, which expires on December 31.

Van ‘t Schip, who was at the helm of the Greek National Team for two and half years, defended his record despite Greece failing to qualify for next year’s World Cup. It finished third in the group, behind Spain and Sweden.

“We started our journey together in August 2019 and firstly focused on changing the culture and the formation of the team. We introduced an overall younger squad with talented promising players to boost the future of the Greek national team,” the Dutch coach said on Instagram.

Van ‘t Schip joined the Greek Football Association in the summer of 2019. Before that, he worked in the Eredivisie at FC Twente and PEC Zwolle. Between 2004 and 2008 he was assistant to national coach Marco van Basten at the Dutch National team.

He worked together with players from the Dutch league, including Pantelis Hatzidiakos, Vangelis Pavlidis (both AZ), Dimitrios Limnios (FC Twente), and Anastasios Douvikas (FC Utrecht).

“We worked hard together and changed the training process and the style of play that started to give a new identity to our team. In this process, we have achieved good and less good results, but always within our vision of how we want to play and grow as a team,” he said.

“There have been talks to continue on this road, however, the Hellenic Football Federation has taken so much time to make a decision for the future, that I felt that it was time for me to move on,” he added.

The Hellenic Football Federation has not named a replacement and said the selection process “will not be hurried.”

It beat the tournament’s hosts, Portugal, by 1-0 and won the European Cup. It was regarded by media and fans all around the globe as one of the biggest shockers ever since Greece came out of nowhere and was the ultimate underdog to win the Cup.

Those days are long gone, however. The 58-year-old former Ajax winger stepped down at a time when Greek football is mired in crisis. Greece has not reached a major tournament since the 2014 World Cup in Brazil.