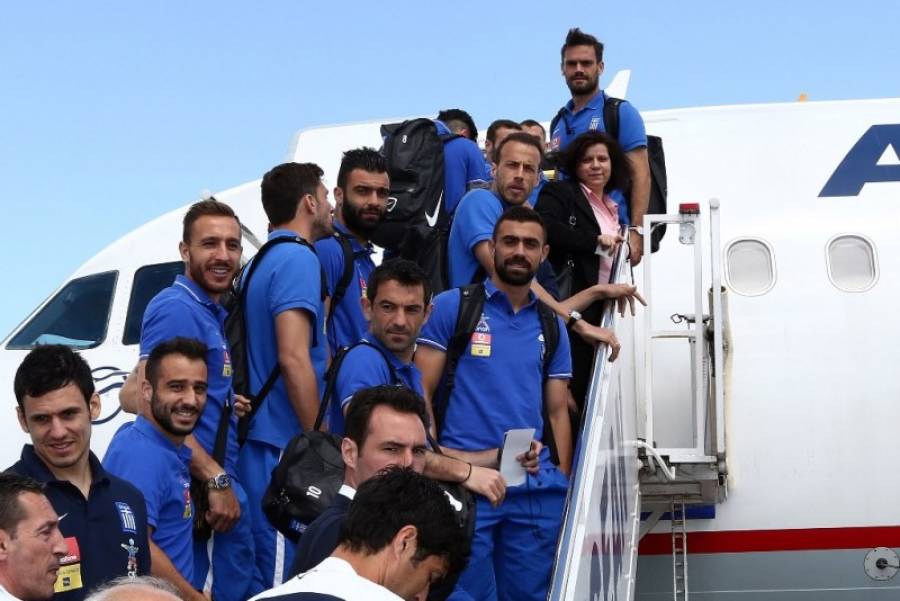 The Greek Football Federation (EPO) has just released a video of the Greek internationals’ backstage actions while in Brazil for the 2014 FIFA World Cup.
One of the chief reasons the Greek team reached the final sixteen and just a penalty shot away from the quarter-finals was the quality of the relationship between the roster. Through the guidance of Kostas Katsouranis and Giorgos Karagounis, who had been the connecting link between old players and newbies for years, there had always been a sense of serenity and peacefulness throughout the team. One that created a climate gentle enough to concentrate more on the game and less on the drama that always creeps in situations with twenty-three young lads who most of them are still in their twenties.
Of course, all that is long gone with the departure of both the above mentioned leaders and coach Fernando Santos, who is known to keep his players disciplined.
But in a reminder of the fun the guys had during their trip in Brazil, EPO decided to put up a video in which Stafanos Kapino and Kostas Stafylidis fail to deliver a serious pre-game interview and where Kostas Manolas sings folk songs and throws himself into the hotel’s pool among others.
The video is titled “The Blue and White Brothers!”