GRNews
GreekReporter.comGreek NewsErdogan Calls on the Greeks of Constantinople to Return -- Report

Turkish President Recep Tayyip Erdogan has called on the Greeks who once lived in Constantinople, today’s Istanbul, to return to the city, according to Turkish media reports.

In September 1955, a Turkish mob, with the encouragement of the authorities, started a pogrom against the Greeks of the city, who lost their properties and most of them had to leave never to return.

The newspaper Sabah, which covers the issue on its front page on Friday, says that Erdogan’s call was made during an official dinner the Turkish President hosted for the country’s religious leaders on Thursday, including Ecumenical Patriarch Bartholomew. 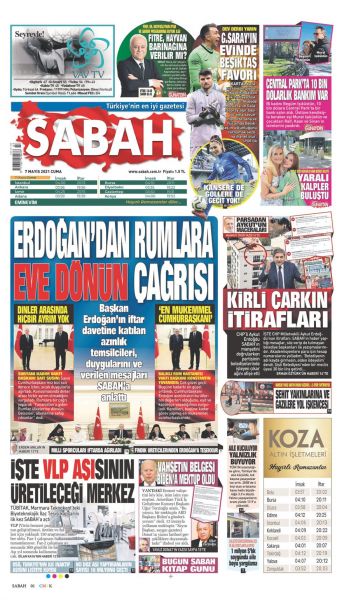 According to the report, the dinner, called Iftar, which is offered during Ramadan after the end of the daily fast, was “constructive” and held in a “good atmosphere.”

It was at the dinner table when the Turkish leader told Patriarch Bartholomew of his wish for the Greeks to return to their ancestral city, according to the report.

The 1955 pogrom against the Greeks of Constantinople

The Greeks in Constantinople, today’s Istanbul, were a longstanding, thriving community comprised mostly of families of merchants. In 1955 their population was about 100,000 and they were a prominent class in the city.

Turkish leaders tried to distract the public from the nation’s enormous economic problems, turning it against the prosperous Greek minority. On August 28, 1955, PM AdnanMenderes publicly claimed that the Greek Cypriots were planning massacres against the Turkish Cypriots.

In essence, the Prime Minister decided to use the Greeks as a scapegoat, turning his people against the prosperous Greeks, blaming them for all the woes of the Turks.

This was, of course, much like Hitler had turned most Germans against the prosperous Jewish communities in Germany in the mid-1930s. The spark of rage followed the explosion of a makeshift device at the Turkish Consulate in Thessaloniki — the house where Kemal Ataturk, the founder of the modern Turkish state, was born.

The terror unleashed against the Greek community of Istanbul on September 6 and 7, 1955 is very much like Nazi Germany’s Kristallnacht. A raging crowd of 50,000 people turned as one against the Greek properties in the Pera district.

The looting lasted until the morning hours of September 7, when the Army intervened, as the situation was in danger of spiraling out of control. Until then, the authorities remained apathetic — when they did not facilitate the looters in their villainy. Menderes’ Democratic Party, which controlled the unions, played a catalytic role in the rioting.

The mob, armed with axes, shovels, bats, pickaxes, hammers, iron crowbars, and gas cans, attacked the Greek stores with slogans “Death to the giaourides” (infidels), “Break, tear down, he is giaouris”, “Slaughter the Greek traitors”, “Down with Europe” and “Let’s march against Athens and Thessaloniki”.

The anger of the mob was not spared by some shops owned by Armenians and Jews either.

Both men and women were raped, and according to the testimony of the famous Turkish writer Aziz Nesin, many priests were forced to be circumcised, with one of the victims being an Armenian priest. Sixteen Greeks lost their lives and 32 were badly injured.