Only Civilian Living in Cyprus’ Buffer Zone Dies at 104

Elsie Slonim, the only civilian living in a buffer zone in Nicosia, the largest city on Cyprus which was divided after the Turkish invasion of 1974, has died at the age of 104.

Born to a family of Jews in 1917 in Brooklyn, New York, Slonim died on January 26, on the eve of Holocaust Remembrance Day.

Her life was a long journey which took her to Hungary and Romania, back to America several times, to Israel and, lastly, to Cyprus.

She had witnessed two world wars, Nazism, and the Turkish invasion of Cyprus.

Since the death of her husband David in 2007, Slonim has lived as the sole civilian in the military restricted zone, without any guarantee for her safety.

Her amazing story is described in her autobiographical book “Lemons from Paradise.” 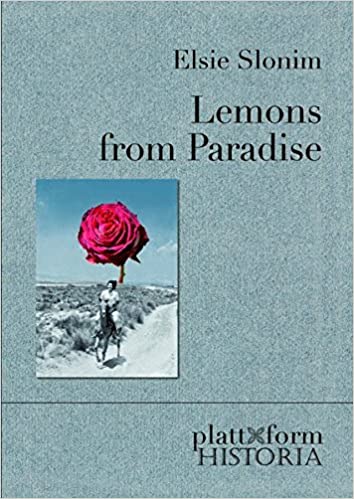 In the late 1930s, following the Nazi dominance over Austria, she had to leave both her school and the country due to increasing harassment and attacks on Jews.

She got on a ship where she met David Slonim, whom she would marry later.

Settled in the town of Limassol, Cyprus in the early 1940s, the couple still could not avoid the harassment commonly experienced by Jews at that time, and in 1941 they were hurriedly put on boats by the British authorities and sent to Palestine at midnight.

With the end of World War II, Slonim returned to the Mediterranean island once again, but later found out that all her relatives except for her immediate family members had been killed during the Holocaust in which 6 million Jews along were massacred in concentration camps.

Starting a new life once again on Cyprus, the couple built a house in Nicosia where they would reside for years — but suddenly woke up on a July morning in 1974 with Turkish paratroopers landing in front of their house.

After the island was divided into two, the couple’s house remained in the buffer zone.

Until the 1990s, Elsie had gone through very troubled times, losing her children first and then her husband. With no insurance and no income, she spent penniless days and even thought of suicide.

Her husband David had refused the pension given to Holocaust victims, but after his death, she applied to the Austrian government for relief, and her only income was this small stipend, which she had survived on for the last ten years.

As the only civilian residing in the buffer zone for many years, she was given special permission by authorities to enter and exit both sections. Elsie was even able to host her guests using this special permission.