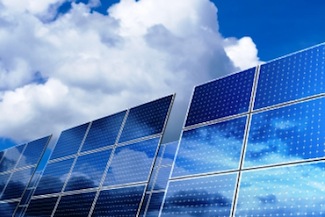 In a move signaling a major shift toward renewable energy, Greek oil giant Hellenic Petroleum announced that it will soon receive 75 million euros ($88.62 million) in funding toward the construction of the largest solar array in the country.
According to a report from the website Recharge, the monies, from the European Bank for Reconstruction and Development (ERBD) will provide for the construction of a solar farm to be based in northern Greece’s Kozani, which will provide up to 204 megawatts of power.
Heavily reliant on oil and coal despite its extraordinarily sunny climate, Greece will soon reap the benefits of the solar farm’s production of 350 gigawatt hours of power per year — enough to cover the electricity usage for 75,000 homes.
The site in Kozani, deep in the heart of Western Macedonia, the area in the country that is most dependent on coal, is a meaningful one, demonstrating that Hellenic Petroleum is making a new path into the future, with more plans on the way to provide 600 megawatt hours of electricity by way of other renewable energy projects by the year 2025.
Harry Boyd-Carpenter, the EBRD’s chief of energy for Europe, stated “Greece has a very ambitious decarbonization plan and it will therefore need many projects of this scale to replace its existing lignite capacity.”
The country had already declared its plans to step gradually away from its historic dependence on coal and oil and shoot for a goal of having 35% of its energy provided by renewable energy by the year 2030. Currently, 19.7 percent of its energy consumption is from renewable energy sources.
However, a total of 44 billion euros ($51.98 billion) is needed for the investment into the infrastructure needed to effect such a dramatic transformation.
Hellenic Petroleum stated that the Kozani project, which it purchased from the German company Juwi, is almost through its licensing phase and construction is slated to begin soon. If all goes well, the new facility should be up and running within sixteen months, by early 2022.
George Alexopoulos, a member of the board of Hellenic Petroleum, stated that “the Kozani project is our first big step towards building a material renewables portfolio in line with our strategy and our ambition to reduce our carbon footprint.”