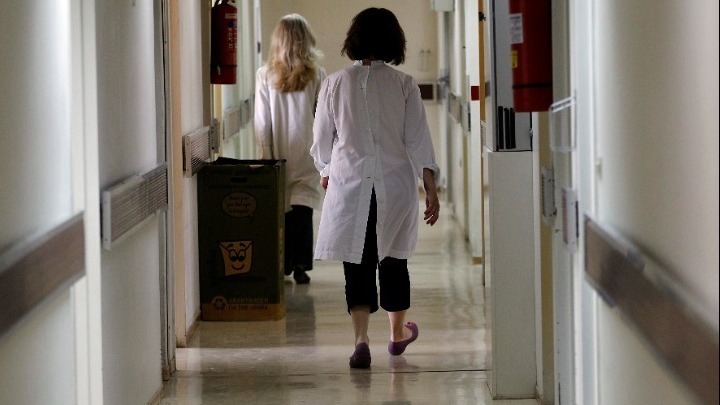 A total of 57 confirmed new coronavirus cases have been diagnosed in Greece since yesterday, including ten individuals entering the country by land or air and 18 new cases in the Attica region alone, the National Public Health Organization EODY reported on Wednesday.
This brings the total number of cases of Covid-19 in Greece to 4,336 since the pandemic broke out, with a 54.4 percent being male. This sum represents all those who have recovered from the virus as well.
Some 1,212 cases of the total are related to travel abroad and another 2,157 coronavirus victims were infected by people whose cases were already registered and known to the authorities.
There are currently eight patients intubated in ICUs in Greek hospitals; these people have a median age of 56 years. Two of them are women, while 75 percent of them have an underlying health disorder or are aged 70 or older.
A total of 127 people have been successfully discharged from ICUs since the first of the outbreak.
With no new Covid-19 fatalities recorded in the last 24 hours, the coronavirus death total for Greece remains at 203. Of these, 66 were women and the median age of all fatalities was 76 years.
A total of 96.1 percent of these people had suffered from an underlying ailment and/or were aged 70 or above.
Of the 57 new cases, and following the Attica region, Thessaloniki, with 11, Kavala, with seven, and Lefkada, with two, saw the highest concentrations of new infections.
Greek Health Authority officials also stated that the EODY had conducted a total of 511,429 coronavirus tests around the country since the beginning of the outbreak. This shows that the governmental body had completed 53,889 tests just since yesterday.
However, the EODY stated that the apparent enormous increase in testing was attributable to the fact that it had completed a large, one-time bulk inclusion of laboratory data, making the total number of tests spike over the span of one day.