By Patricia Claus
July 14, 2020
Facebook
Twitter
WhatsApp
Linkedin
Email
“Our goal is a 12-month tourism model for Greece,” Greek Tourism Minister Haris Theoharis said on Tuesday in a conference with the Patras newspaper Gnomi.
“The crucial decisions taken by Prime Minister Kyriakos Mitsotakis proved that our country moved immediately and quickly, as it should, having as a priority the safety of citizens and secondarily the economy,” Theoharis said. He added that “initially the economic downturn in Greece was much lower than the European average, thanks to the support provided by the Greek government to businesses and employees.”
The Tourism Minister pointed out that “so far we have done very well in restarting Greek tourism. But under no circumstances should we be complacent. “The battle may have been won, but not the raging war.”
According to Theoharis, the question is that “we must strike a balance between hospitality and safety. Unfortunately, no country has built a model that we consider to work perfectly.”
Regarding the next stages that are planned for the opening of Greek tourism this summer, the Tourism Minister announced that “from July 22 we will probably open for Sweden, while borders will also open for the other countries with the use of the 72-hour PCR tests. From the start of August we will be able to open the cruise sector.” 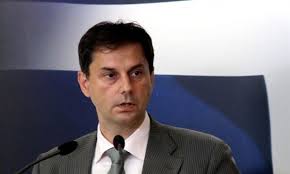 In relation to the promotional efforts of the Tourism Ministry, Theoharis explained that “the next steps of the Ministry concern the promotion of Greece through advertising and joint advertising. We initially innovated with the world-class pioneering campaign ‘Greece From Home;’ we are not only moving forward with ‘Endless Greek Summer’ and ‘Destination Greece Health First,’ but also with advertising companies, tour operators, and so on.
“Our goal is for these promotions not to stop after the period of high demand, but to continue even in winter. Our strategic goal, after all, is to extend the tourist season — if health conditions allow. A success will be to follow a 12-month tourism model.”
With information from AMNA