US Expresses Concern Over Turkey’s Actions in Eastern Mediterranean 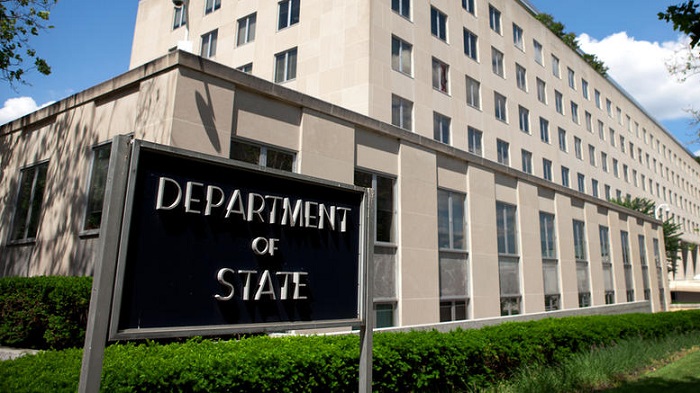 Deputy Assistant Secretary of State for European and Eurasian Affairs Matthew Palmer expressed on Wednesday Washington’s deep concern over Turkey’s actions in the Eastern Mediterranean, stressing that US diplomacy has made its position clear in Ankara.

At a teleconference with Greek correspondents, he explained that Turkey’s drilling activities, combined with the signing of a memorandum of understanding with the Tripoli government, are counterproductive and do not contribute to the stability and security of the Eastern Mediterranean.

“We were clear about our expectations in our private and public messages, about how we would all expect the Eastern Mediterranean to behave and support international law and act in a way that favors security. We are quite clear in our discussions with our Turkish partners about our concerns,” Palmer said.

In this regard, the US official reaffirmed that Washington fully supports the right of the Republic of Cyprus to conduct hydrocarbon exploration within its Exclusive Economic Zone (EEZ).

He also noted that the State Department recognizes that islands like Crete have the same rights as the mainland coasts regarding their EEZs.

Palmer also noted that Turkey is not a party to the Convention on the Law of the Sea and therefore interprets the rights of island states differently.

“We had talks with our Turkish partners about this. But I know that Turkey’s view, Turkey’s perception of the legal framework, is different from ours. It is different from Cyprus, different from Greece and different from most countries in the world. This is one of the fundamental underlying challenges and it is something we need to work on to deal with our friends, partners and allies, trying to manage the friction and tensions in the Eastern Mediterranean,” he said.

Cyprus upgrade as a “strategic partner”

The US official said that the accession of the Republic of Cyprus to the International Military Education and Training program (IMET) would further strengthen US-Cyprus cooperation in key areas such as maritime security and the fight against human trafficking.

Regarding the next steps to be taken to further upgrade the strategic nature of bilateral relations, the US Deputy Assistant Secretary of State said that the State Department is considering all available tools, including those relating to the existing restrictions in the transfer of weapon systems (ITAR).

Asked to comment on Mike Pompeo’s statement that IMET’s targets include tackling Russian and Chinese influence, Palmer said the US Secretary of State was referring more broadly to the Mediterranean region.

“We want the United States to be there and compete for positive influence, and we believe that our vision for the region offers a more secure future with stability, peace and prosperity.”

Palmer denied that the United States is showing little interest in the Middle East, saying Washington remains deeply committed to cooperating in the region.

“This is an area of ​​great strategic importance to the United States,” he said. “We are committed to deepening and strengthening corporate security relations and the broader relations we have throughout the region, including the Republic of Cyprus, as well as with our allies such as Turkey, Greece, Israel, and other countries in the region. So we’re focusing heavily on developments in the Eastern Mediterranean. “

the "Zero Stray Pawject," is committed to reducing the number of stray dogs in Greece, especially on Aegina, in a cruelty-free way.
Greece