The Calf Bearer: The Story Behind this Magnificent Ancient Greek Sculpture 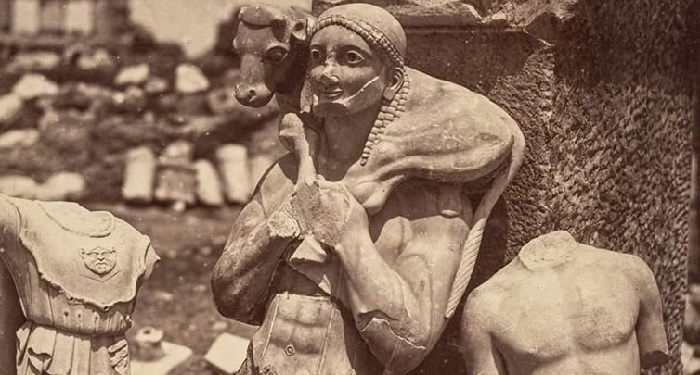 This is the first known photograph of the magnificent statue of Moschophoros, also known in English as “The Calf Bearer” when it was discovered on the Acropolis in 1864.
The statue, dated to c. 560 BC and estimated to have originally measured 1.65 meters (5.4 feet) in height, is now in the Acropolis Museum. 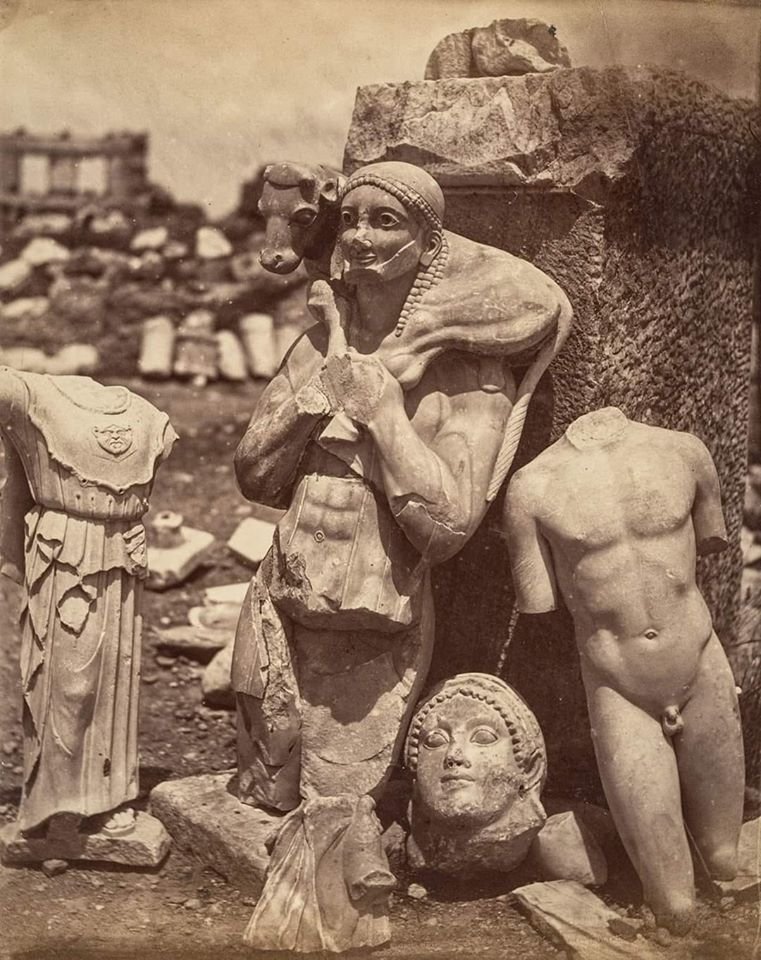 The inscription on the plinth claims that the statue was dedicated by someone named Rhombos (possibly Kombos or Bombos; the beginning of the name is missing) to Athena, the goddess of wisdom. This suggests that the sponsor was a very well-to-do-man and a prominent citizen of Attica who offered his own likeness to Athena. He carries a calf on his shoulders which represents the sacrificial offering he is about to give to the goddess.
This interaction between the calf and the calf-bearer represents a strong, inseparable bond between the two. The man in the sculpture is smiling, which is a unique and new feature compared to earlier Greek statues.

The condition of the Moschophoros is poor and it has tragically been broken in some areas. The legs are missing below the knees on both sides. The hands are broken off. The genitals and the left thigh have separated from the whole sculpture.
Additionally, the lower half of the face (the chin area) has been chipped off. The foot, standing on its plinth, is now connected to the base, however. The form of the calf is well preserved, while Moschophoros’s eyes, which had been created from another substance, either glass or gemstones, perhaps, are absent.
(With information from the Acropolis Museum)