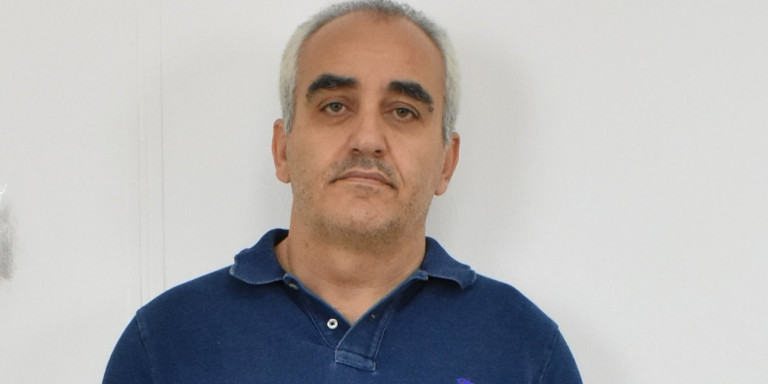 Greek police released on Monday photos of the 47-year-old suspect Nikos Kontostathis who has been posing as a doctor allegedly causing the deaths of three cancer patients.
He was led to jail following his deposition before an investigating magistrate on Monday.
Charges read to him include serial manslaughter, fraud, impersonation of a medical doctor and drug dealing. Due to his role he is alleged to have contributed to the death of three patients, two of whom were minors aged 14 and 16, and a 76-year-old man.
The Hellenic Police arrested the suspected phony doctor after officials spent more than two months desperately trying to track him down.
A trail had been put on Kontostathis after a lawsuit was filed by the two boys’ parents and the daughter of the older man, who had all been suffering from cancer. A break in the manhunt came after the suspect cashed a check from the father of one of the boys.
Claiming to be a researcher who specialized in pediatric surgery and oncology, Kontostathis is said to have deceived at least 45 “patients” and their families with fake cures.
The suspect allegedly promised them a miracle cure based on unsafe substances procured over the internet, promoting them as an “alternative treatment.”
According to the Hellenic Police, the family of one of the boys paid approximately 15,000 euros ($16,900) in order to receive what they had been told was the cure for their son’s cancer. Another patient also came forward, saying that they had paid up to 30,000 euros ($33.7 thousand) after being deceived about the man’s identity.
Kontostathis is also being investigated in connection with a 50 million euro ($56.2 million) business scam which took place back in 2005. The suspect in that plan allegedly posed as a representative of a US government agency and convinced brokers to sell telecom systems to a number of countries.
The Hellenic Police is currently asking for witnesses who may have fallen victim to the suspect’s crimes.