Athens Plague Victim Who Died 2,500 Years Ago Has Message for Coronavirus Era 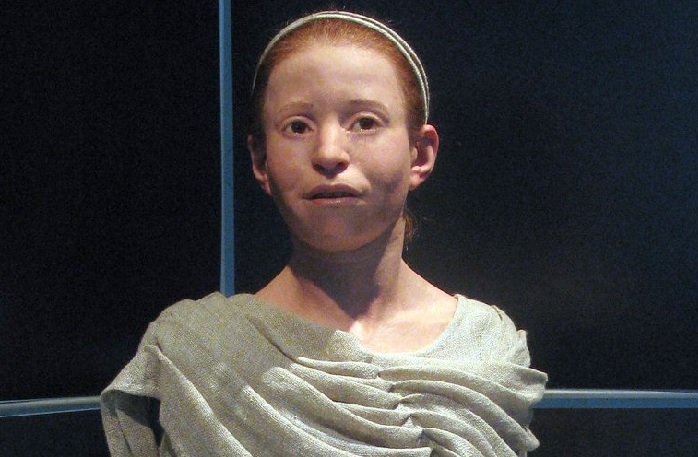 In 430 BC, an 11-year-old ancient Athenian girl called “Myrtis” − a victim of the great plague of Athens — could not imagine that after 2500 years, she would take part in the global effort in the fight against the COVID-19 pandemic.
Myrtis, with her wisdom and her 2,500 years of experience, is being used to impart knowledge and to strengthen the global resolve in the fight against the scourge threatening the world today.
The ancient girls’ remains were discovered in 1994–95 in a mass grave during the construction works to build the metro station in the Kerameikos neighborhood of Athens.
Her face, which was painstakingly recreated by a team under Professor Manolis Papagrigorakis, appears prominently in an animated video calling on us all to listen to the experts, fully respect the new sanitation and distancing rules, and take special care of our loved ones so that we can have them by our side tomorrow.

In the video, which was a created after a joint initiative of Papagrigorakis and the United Nations, the 11-year-old Greek girl who lived so long ago quotes the Secretary General of the United Nations, Antonio Guterres, and agrees with him that the whole of humanity, united together, will again win the fight against today’s common enemy.
The little girl, who used to play in the foothills of the Acropolis, no doubt gazing at the Parthenon just as we do today, began her second journey around the world in 2010 in the Acropolis Museum.
Her collaboration with the United Nations also began during that same year. The UN named Myrtis a “Friend of the Millennium Development Goals” along with other international personalities such as the UN Secretary General, Kofi Annan, the President of Ireland Mary Robinson, and the activist Bianca Jagger.
In this capacity, Myrtis sent a widely-translated message to the leaders of the world, asking them to save the lives of millions of children who are dying of diseases such as the one that killed her. Diseases that nowadays can be prevented and even cured.
The Ancient Greek girl continues her impressive journey around the world today. She has become an exhibition, a postage stamp, an image on a coin, and a painting.
Her story, which is taught in schools in Greece and abroad, has now been told to thousands of students across the world. She has even served as the theme of scientific conferences. The tiny ancient Greek girl has inspired thousands of people, carrying her timeless message warning us about the ravages of war, poverty and child mortality.
In this way, an ancient Greek has become the very symbol of not only science but the universal values which have accompanied humans from ancient times up to the present day.
With information from AMNA