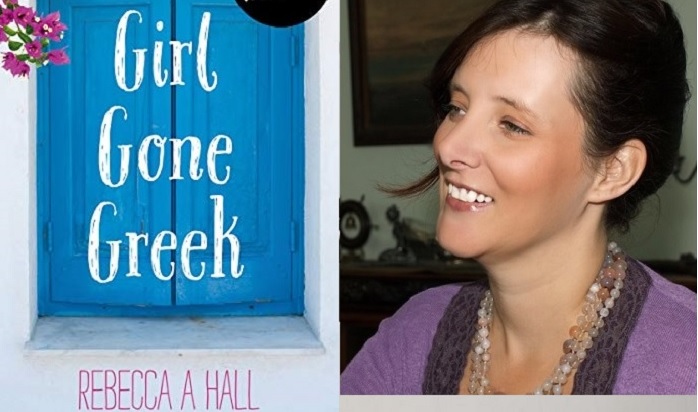 A novel depicting life in a Greek coastal village, entitled “Girl Gone Greek,” has been retooled into an award-winning script, recognized as Winner for Best Script 2018 at the London Greek Film Festival. The new project was also shortlisted in the award for Best Scripts at the 2020 Santorini Film Festival.
The author, Rebecca Hall, originally took it upon herself to write the novel in a bid to improve the battered image of her beloved adopted nation of Greece.
Hall, who originally hailed from the UK, arrived years ago in a small coastal town in Greece to teach English. But after too much finger-pointing was directed at Greece during the 2008 global economic crisis, Hall decided to help her adopted country.
In Girl Gone Greek, Hall sought to portray the life, people and culture of the small Greek town where she lived as the only foreigner. Hall wrote the fictionalized account of her life in the village so that readers might have the opportunity to see the real Greece.
“There’s enough negativity in the world these days. Even through a small way, I want to showcase the best around me.  Maybe ‘Girl Gone Greek’ can do that,” she says in an interview published on the book’s website.
Arriving in Greece as an English language teacher, Hall completely immersed herself in the life of her new home. In her book, she describes the people, the culture and the pace of everyday village life.
“Her passion for Greece and its culture is explored throughout the novel, really providing an insight into what it is like to visit Greece,” noted her publicist.
Describing the book, Hall adds, “I wanted to point out the humorous and positive aspects of this country.”
Hall recalls that, like so many others, she was originally drawn to Greece because of the sun and climate, only planning on remaining in Greece for one year. “But then I fell in love with the people, how kind they are and the Greek lifestyle.”
After her years of travel throughout Greece, Hall is often asked about her favorite places in the country. “For Rough Guides, I research many of the Dodecanese islands… Kos and Rhodes are probably the ones that most people will have heard of – but I love many smaller islands.
“There are over 1000 islands in Greece, so it’s hard to pick a favorite, especially when all are so unique. But for the smaller ones, I love Symi and Halki in the Dodecanese and Lefkas in the Ionian Islands, which is actually linked to the mainland by a pontoon bridge…making it easy to explore the Peloponnese region of the mainland, too,” the author explains.
And for others hoping to one day enjoy Greece like a native themselves, Hall advises, “Try to travel on local transport – they’re mainly inexpensive and clean and great for getting a flavor of local life.
“Eat in local tavernas and go to the local coffee shop, don’t worry that you can’t speak Greek, just sit there and listen to the noise around you.  It’s wonderful to sit in a village square, either on the mainland or an island, and just soak up the atmosphere, watch the families and community spirit,” she says.
And for those fans of “Girl Gone Greek,” there is very good news — it might be seen on the big screen in the very near future. Stay tuned.