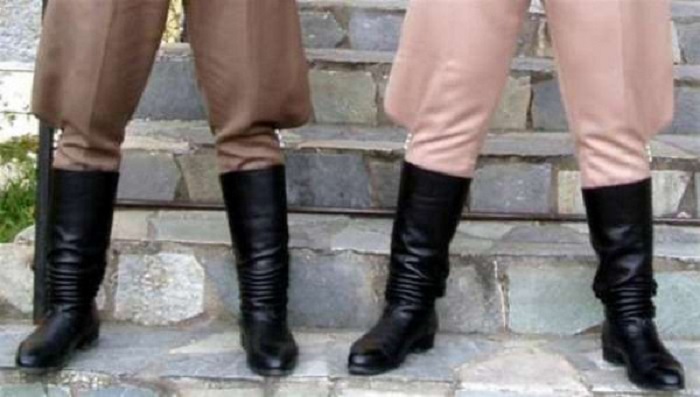 The Greek island of Crete is in turmoil after two people were killed and one was injured in a violent clash in the municipality of Anogeia in the Rethymno region on Saturday evening.
A 67-year old man was shot and killed by a 30-year-old following an argument over the ownership of land. In turn, the son of the victim shot and killed the culprit, and injured a bystander in the process.
The man was arrested, but police on the island fear that the incident may spark a “vendetta.” The feud could possibly spread throughout the families of the two victims, leading to further bloodshed.
Vendettas, which are murders committed in order to avenge another murder or an attempted murder, usually between families, still exist in parts of Crete and in the region of Mani in the Peloponnese.
The word “vendetta” derives from the latin verb vendigo, which means “to take revenge”. The word’s origins have roots all the way back in the Homeric era,  although in several Greek regions, such as Mani in the Peloponnese and the island of Crete, this word can be found throughout its history.
The practice of the vendetta is quite widespread in the societies of Crete and Mani, where families are still seen almost as if they are small armed forces. When a family loses one of its members, its fighting power is reduced. Vendetta murders between families occur when a family is dishonored by another family and therefore blood must be shed to re-balance this injustice and family humiliation.
In parts of both Crete and Mani, the practice of vendetta is not considered to be a barbaric act, as it is in most areas of the world. The person who takes revenge is still seen as one who deserves high respect in these societies.