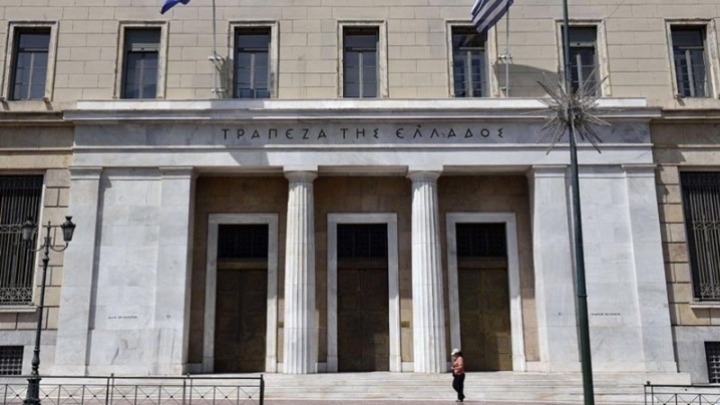 The Greek economy will fall to zero growth this year while it will show a significant divergence from fiscal targets for the year, the Bank of Greece said in its annual report on the Greek economy, presented on Friday.
The report noted that the hitherto smooth course of the economy was interrupted by the coronavirus pandemic, which from an economic point of view can be considered very serious external turbulence, affecting supply and demand and thus the entire financial system.
Despite the fact that it is very difficult at this juncture to quantify the repercussions on the Greek economy, it is clear that these will significantly reduce the estimated economic growth rate to zero, down from an estimated rate of 2.4 percent in 2020.
The central bank said it likely that the entire Eurozone economy will enter negative growth rates this year.
The Bank of Greece expects these negative effects to be felt in the first two quarters of the year, particularly in the second, and that these will be partially offset in the last two quarters, supported by coordinated economic policies implemented globally.
The central bank noted that, according to available cash figures from the government in 2019, the country has exceeded its primary surplus goals for the fifth year in a row, to around 4.0 percent of GDP.
However, in 2020 the spreading of the coronavirus will lead to high spending to deal with the virus, support enterprises, and protect employment and this will inevitably negatively affect economic growth and state revenue.
This is expected to bring the government’s primary surplus several percentage points below the initial goal of 3.5 percent of GDP in 2020, although it is extremely difficult to make any precise estimates at this point.
The Bank of Greece, commenting on the banking system, said that business plans drafted by the Greek banks to reduce their non-performing loans were now under revision ahead of the emergency circumstances and conditions of great uncertainty.
These are expected to negatively affect the course toward achieving the goal of significantly reducing NPLs in the short-term — but not the final goal of bringing NPLs below 20 percent of total loans by the end of 2021.
Source: AMNA