Greece Averts Attempt by Hundreds of Migrants to Storm Border 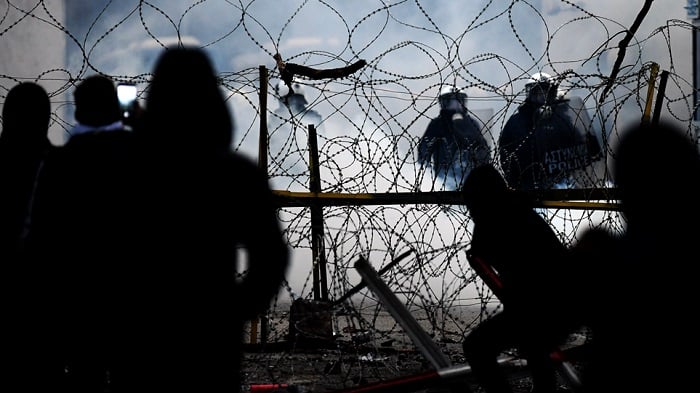 Hundreds of migrants who have been camped on the Turkish side of the border with Greece at Evros since February attempted to storm the country’s territory early on Wednesday.
The incident took place between 2:30 and 4 a.m., when a group of at least 300 migrants tried to force their way into Greece and through the border fence near the Kastanies crossing.
Greek police, who eventually pushed them back into Turkey, say that the attempt was coordinated by Turkish security forces who even threw tear gas at them.
Members of the European Union’s Frontex force assisted in the operation to secure the Greek/EU border, which has been under pressure since February 28, when Turkish President Recep Tayyip Erdogan announced that his government would no longer prevent refugees and migrants from trying to reach the European Union.
The incident was the first and most serious after the relative calm of the last ten days.
Hundreds of police officers from across the European Union are now in full operation guarding the EU frontier, in a loud and clear manifestation of active European solidarity.
The Greek Army has deployed special vehicles equipped with massive turbines, which create strong currents of wind in order to stop the spread of teargas thrown from the Turkish to the European side.

The holiday bookings of British nationals to Greece for 2021 have risen recently by a stunning 96 percent, travel agency Skyscanner has confirmed.
Animals