Greece Transfers 450 Migrants From Lesvos to Camp North of Athens 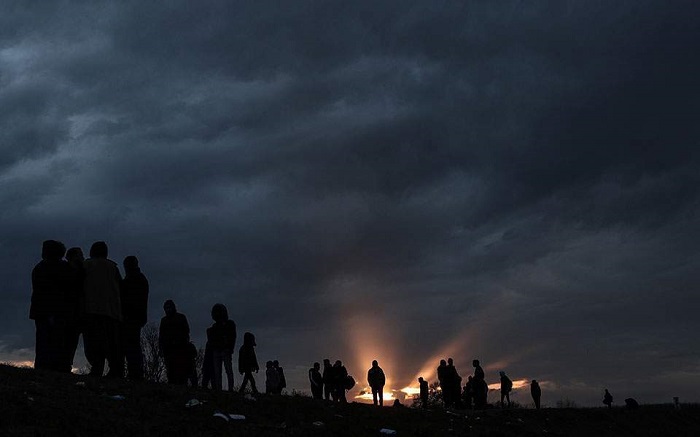 Greece transferred approximately 450 migrants who were held on a navy ship at the port of Lesvos to a facility at Malakasa, north of Athens, on Sunday.
Migration Minister Notis Mitarakis said in a television interview on Saturday that some of the migrants, who arrived in Lesvos after March 1 when Greece closed its borders to asylum seekers, will also be sent on to Serres, Central Macedonia, ahead of deportation.
Beginning at the start of March, new arrivals were registered at the central police station in Lesvos and were then put on a naval ship, the Rodos, which was dispatched to the island on March 12.
Earlier in the week, a video obtained by German magazine Der Spiegel showed the cramped conditions hundreds of migrants and refugees had to endure living onboard the “Rodos,” which was an open-hulled ship designed to transport tanks for the Army.