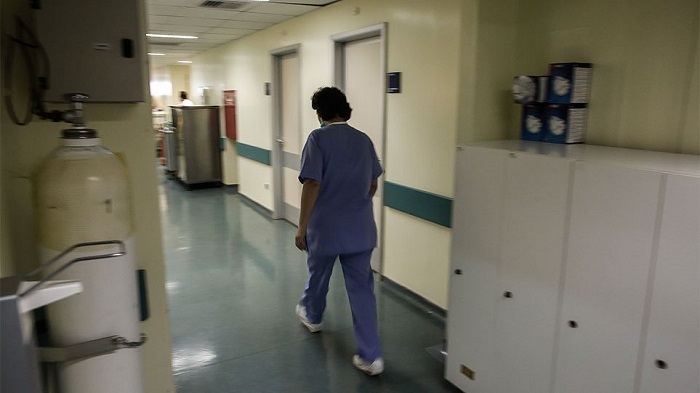 Greek health authorities on Saturday announced that two more people have died from coronavirus, bringing the total fatalities in the country to three. They both had serious underlying health problems, the Health Ministry said.
Total cases in the country have jumped to 228, with 38 new cases recorded on Saturday.
One of the victims is a 92-year-old patient, from the town of Ptolemaida, northern Greece. He had been hospitalized after testing positive for coronavirus on March 11. Two of his relatives have also tested positive.
The second fatality is 67-year-old man hospitalized on the island of Zakynthos since Thursday who was among the group of travelers to Israel and Egypt at the end of February. He is the second fatality from that group.
On Thursday, a 66-year-old man died at a hospital in Patras. The retired teacher, from Amaliada, Peloponnese. He was also among that group of 53 people.
The majority of his fellow travelers, including his wife, have also been infected with the virus. Several are hospitalized in the designated hospital in Patras; others are in house isolation.
Greek health authorities announced on Saturday that the number of confirmed diagnosed covid-19 coronavirus cases in the nation has jumped to 228.
Five of those hospitalized are in serious condition, while a total of 2,700 medical tests have been conducted for the virus so far.
Among the new emergency measures announced by the government is the closure of all shopping malls, cafes, restaurants, and bars, apart from take-out food establishments.
On Thursday the government announced a two-week closure of all the courthouses, theaters, cinemas, gyms, children playgrounds and nightclubs in the country to help control the spread of the coronavirus.
The Ministry of Culture  also announced that is closing down the country’s museums and archaeological sites until March 30 at the least.
These new emergency measures come on top of the already-announced closure of all Greek schools, as 117 cases and one death  were recorded in the country.