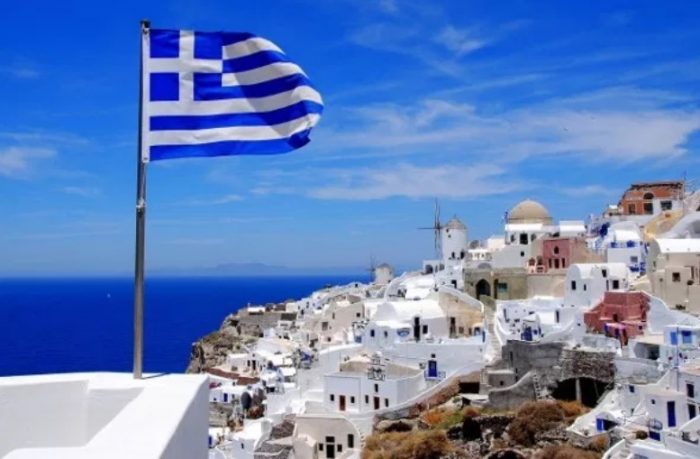 The Greek Tourism Ministry announced on Monday that it is launching a new public awareness campaign dubbed “Plastic-Free Santorini.”
The aim of the ambitious project is to spread a message encouraging a reduction in the use of plastics throughout all of Greece, not just on Santorini, one of the country’s most famous and iconic islands.
The new campaign is a joint initiative of Tourism Minister Harry Theocharis, Santorini mayor Antonis Sigalas, and the President of the board of the supermarket chain Lidl Hellas, Iakovos Andreanidis.
This media-focused campaign will declare to the entire world that not only is Santorini a richly symbolic and beautiful island, but it also has special, and perhaps unique, environmental sensitivities due to its inhospitable, rocky terrain.
The Tourism Ministry announcement said that Santorini will become “the first island in the Cyclades free of plastic” and the heart of a ring of environmental awareness which will gradually spread to all the islands of the Cyclades and the Aegean.
A series of ceremonial announcements for the initiative will be held at several areas on the island at the opening of the tourist season later this year, at the end of March through early April, and will continue until the end of this year.
The promotion of the effort outside Santorini itself will take place at main ports across the country, including Eleftherios Venizelos International Airport in Athens, metro and railroad stations, and Santorini ferry departure points.
Additional promotional materials will also be on display inside the ferries themselves and will be seen in media advertisements within Greece.
Posters and other reminders for the plastics-free campaign on Santorini will be seen at the island’s airport and all bus stops and organized beaches and docks. The project will also be featured in local media on the island.
Other Greek islands have also initiated efforts to reduce the plastic tourists and locals alike leave behind during the summer months.
The popular Greek island of Paros, for example, is on a mission to become the first plastic waste-free island in the entire Mediterranean, using guidelines from the program called “Clean Blue Alliance.”
Related:  Greece’s Paros Seeks to Become First Plastic-Free Mediterranean Island