GRNews
GreekReporter.comGreeceHoly Synod of the Church of Greece Rules "Abortion is Murder"

Holy Synod of the Church of Greece Rules "Abortion is Murder" 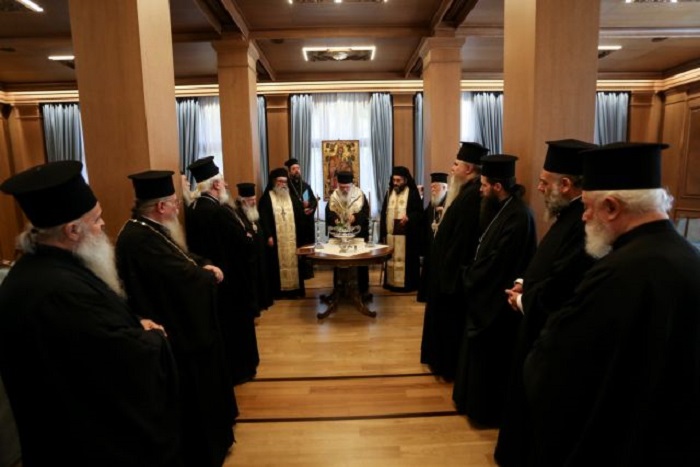 The Holy Synod of the Orthodox Church in Greece ruled on Tuesday that it considers abortion to be murder and cannot accept the practice.
The Holy Synod, chaired by Archbishop Ieronymos of Athens and All Greece, is the highest authority in the church. It formulates the rules and regulations regarding matters of church organization, faith, and the order of its services.
According to an announcement after the two-day conference, the Synod ruled that “based on the Bible and the Holy Tradition of the Orthodox Church of Christ, [it] expresses its theological position on the fetus as a complete and integral human being since its conception, and therefore, it considers voluntary abortion as murder and does not accept it.”
The move follows the controversy caused last month by a pro-life, or anti-abortion, organization which put up posters in Athens‘ metro stations promoting the positions of the Greek anti-abortion movement called ”Afiste Me Na Ziso” (”Let Me Live”).
Since the very first moments of their appearance, the banners have sparked widespread reactions as well as condemnation by politicians, celebrities and members of the public, forcing the government to intervene and order the posters to be removed.
Abortion in Greece has been fully legalized since 1986. Abortions can be performed on-demand in hospitals for women whose pregnancies have not exceeded twelve weeks.
In the case of rape or incest, an abortion can occur as late as nineteen weeks, and as late as twenty-four weeks in the case of fetal abnormalities.
If there is an inevitable risk to the life of the pregnant woman or a risk of serious and continuous damage to her physical or mental health, the termination of pregnancy is legal at any time before birth.
Girls under the age of 18 must receive written permission from a parent or guardian before being allowed to have an abortion.