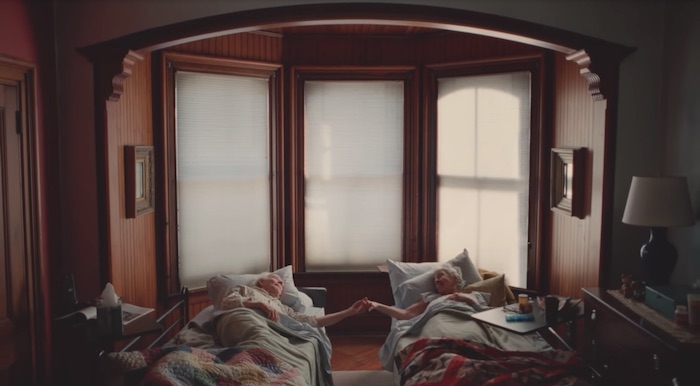 This year’s Super Bowl night held a surprise for all those who love the Greek language and its rich vocabulary.

A TV commercial for the New York Life Insurance during the Super Bowl featured the different meaning of each one of the four main words that describe the idea of ”love” in the Greek language.

The moving advertisement explained the meaning of ”philia,” ”storge,” ”eros,” and ”agape;” four ancient Greek words still in use by Greek speakers, which describe the different forms human love can take.

Philia, which could also be translated as ”friendship,” is the Greek word that describes the love two friends develop for one another, without having any sexual dimensions.

Storge was described in the ad as the form of affection that one has for close family members, such as a grandparent or a child.

The third word was eros, the kind of love that two partners develop, which leads to the eventual sexual encounter, which is the ultimate form of showing one’s love for a partner.

Finally, the commercial explained the word agape, which literally translates to English as ”love” and is the highest and purest form of love among all the rest.

The New York Life Insurance‘s Chief Executive Officer and Chairman of the Board of Directors is Theodore A. Mathas, a prominent member of the Greek American community.

Mathas has been the company’s CEO since 2008 while serving the company for more than twenty-five years.