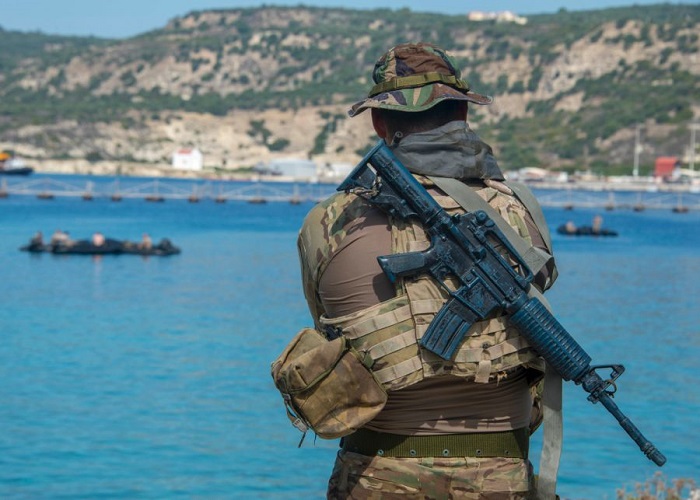 The Greek Parliament on Thursday approved an updated defense agreement with the United States, allowing the use of Greek military facilities, including the airbases at Larissa and Stefanovikio.
The agreement was ratified with 175 votes for, 33 against, and 80 declaring “present” out of a total of 288 MPs voting.
U.S. Secretary of State Mike Pompeo welcomed the Greek Parliament’s ratification of the updated Greece-US cooperation agreement.
“I welcome the Greek Parliament’s ratification of our updated Mutual Defense Cooperation Agreement, a strategic touchstone in our defense relationship. Greece is a key NATO ally, and we’ll continue to build on our strong partnership and promote stability in the region,” Pompeo posted on his personal Twitter account.
Supporting the Mutual Defense Cooperation Agreement (MDCA) were the parties of ruling New Democracy and Movement for Change (KINAL). Main opposition Syriza voted “present,” while all the other parties — Communist Party of Greece (KKE), Greek Solution and MeRA25 — voted against it.
Under the agreement, permitted actions for U.S. forces at these facilities include training, refueling, temporary maintenance, storage and emergency response.
The U.S. is also granted priority status for “unimpeded access and use” within 48 hours of the port of Alexandroupolis, a Balkans and Black Sea gateway of strategic value to the U.S. Navy and NATO.
The updated deal was originally signed in October during a visit by Secretary Pompeo.
“This agreement is beneficial to national interests,” Defense Minister Nikos Panagiotopoulos told Parliament.
“It upgrades (Greece’s) importance in U.S. planning and can help deterrence,” the defense minister stated, adding that U.S. forces are expected to invest over €12 million ($13 million) on the Larissa base and around €6 million at Marathi, part of the U.S. base at Souda, Crete. 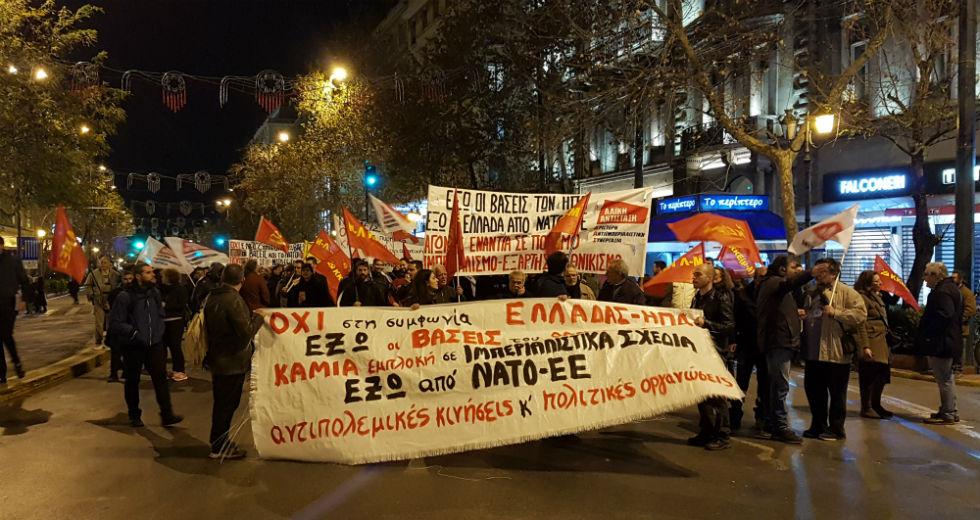 Meanwhile, hundreds of Communist, left-wing and anti-war demonstrators protested in central Syntagma Square.
“Wherever they are, U.S. and NATO bases are targets for reprisals… NATO bases do not protect,” said Communist party chairman Dimitris Koutsoumbas, warning that the government was “deepening” its involvement in “adventurism.”