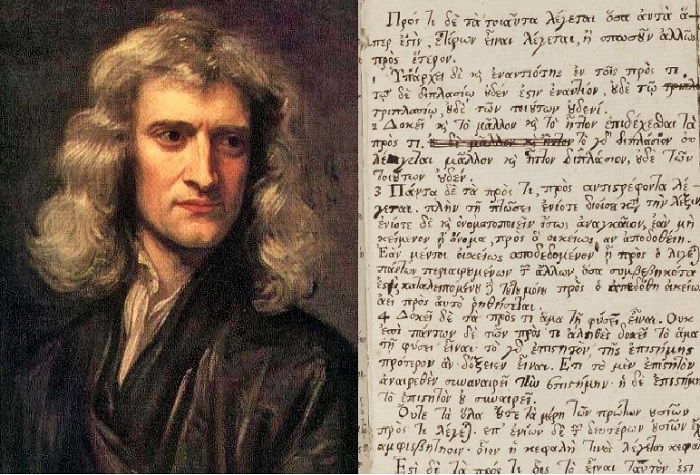 The notebooks in which Isaac Newton worked out the theories on which much of classical science is based were partly written in Greek, proving that in seventeenth century England, the knowledge of the Greek language was so widespread that a scholar could use it effortlessly even in simple notes.

While the titles and subjects he was working on are presented in Latin – as well as the brief explanations at the margins of the pages – the subject analysis itself is given in a brief, well written Greek text, in lowercase letters, with the necessary diacritical marks.

This is a notebook Newton acquired while he was an undergraduate at Trinity College and used from about 1661 to 1665. It includes many notes from his studies and, increasingly, his own explorations into mathematics, physics and metaphysics. It was inherited from his stepfather, and scholars believe it helped Newton to make significant breakthroughs in the field of calculus. 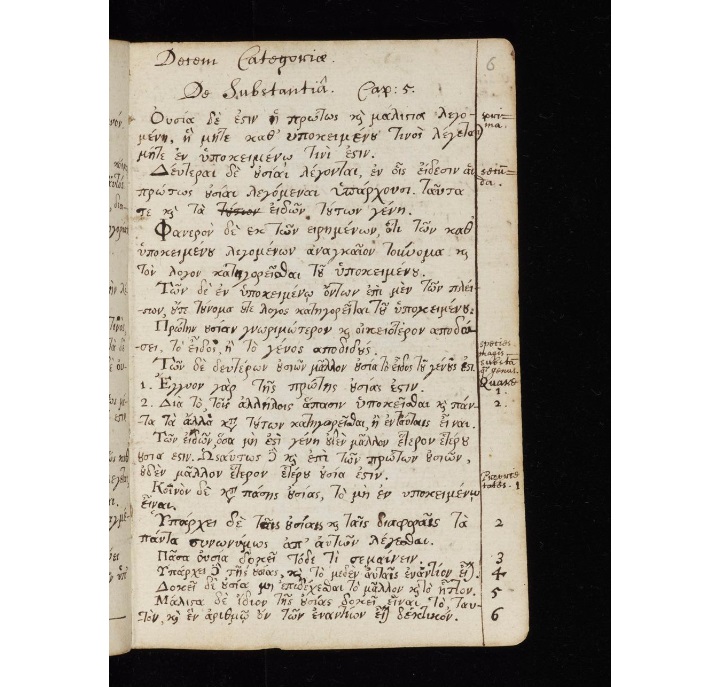 Due to the way it is written, with some strikethroughs and scratched-out letters, the notebook was judged ‘Not fit to be printed’ at the time. Newton’s notebook was condemned to oblivion until 1872, when it was presented to the Library of Cambridge. It was finally digitized and put online by Cambridge University in 2011.

Sir Isaac Newton is widely recognized as one of the most brilliant and influential scientists of all time and as a key figure in the scientific revolution.

Stylianos (Stelios) Kyriakides is a Greek legend for all Marathon runners, although he is best known for winning first place in the Boston Marathon in 1946.
Charity