How the US Helped Bring About EastMed Pipeline Deal 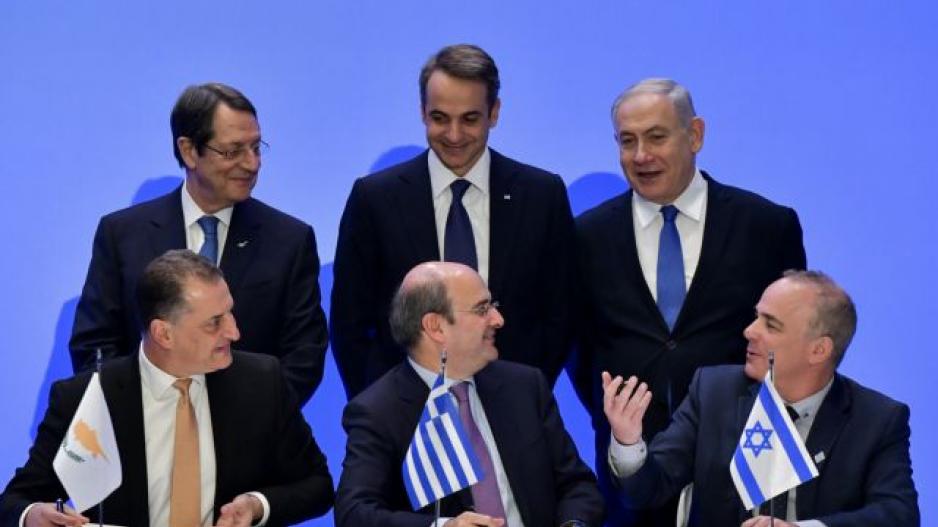 The crucial energy deal between Greece, Cyprus and Israel which was signed on Thursday is an important step in the geostrategic establishment of Greece as a pillar of stability in the Eastern Mediterranean.
At the same time it is equally important in making the country into an energy hub for the region.
The U.S. has been supportive of the EastMed pipeline from the very beginning. Frank Fannon, the Assistant Secretary for the Bureau of Energy Resources (ENR) at the U.S Department of State, was present at the 3+1 meeting in Athens in August when the three countries and the U.S. agreed to build the underwater pipeline.
The ambitious project will be built to transport natural gas from the Eastern Mediterranean via Cyprus and Greece, and from there to Europe.
“ENR applauds the continued cooperation between Greece, Cyprus, and Israel in the development of energy resources in the Eastern Mediterranean,” the U.S. agency posted on its Twitter account after the deal was signed.
The U.S. Ambassador to Greece Geoffrey Pyatt tweeted: “Assistant Secretary @frank_fannon puts it just right — “Pleased to see Greece, Cyprus, and Israel advance #energycooperation in the region–continuing our work from the 3+1 in August–by signing the Tripartite Agreement for the East Med Energy Corridor.“”
The agreement could be an enormous boost to Greece and Cyprus on both the political and military levels as well, since Athens and Jerusalem, which have strong military forces, will also be responsible for the security of the East Med, during both its construction and later during its operation.
The U.S. involvement (the + 1 in the talks between the three Mediterranean countries) began in March, 2019, when U.S. Secretary of State Mike Pompeo made the major decision to join the group of three in Israel, and to voice White House support for the Jewish state’s energy cooperation with Greece and Cyprus.


Assistant Secretary Fannon has always supported the construction of the East Med pipeline in consultation with Pompeo and with the assistance of the U.S. ambassadors in Athens, Nicosia and Jerusalem. Additionally, the assistance of U.S. Ambassador Pyatt must be recognized as well in this enormous undertaking.
The East Med pipeline will greatly reduce Russia’s power in the energy sector as Europe’s main supplier of natural gas, and will thereby lessen its strategic role in the Eastern Mediterranean. This is one of the main reasons the U.S. has been supportive of the endeavor from the beginning.
Given the strong bonds between the U.S. and Israel, Greece and Cyprus now have a valuable ally in the U.S. in the sensitive Eastern Mediterranean region with the signing of this agreement.
This is especially meaningful now that Turkey is not only challenging the maritime borders of the two countries but is also attempting to forge a maritime corridor with Libya, disregarding the territorial waters of Greece.
Adding to its already widespread support, the European Union is expected to give its backing to the EastMed agreement as well. This is only natural, not only because it involves two EU member states, but also because it will ease Europe’s dependence on Russia for the supply of natural gas.