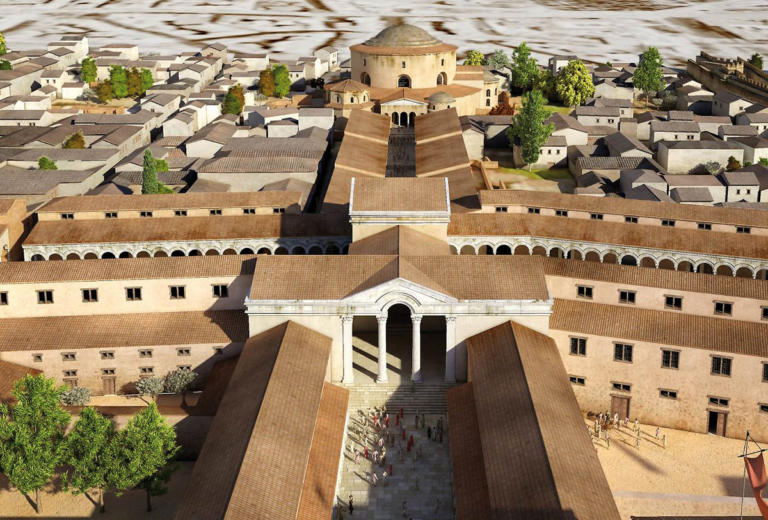 It is known to almost everyone that Greece’s second-largest city, Thessaloniki, is a massive open museum, covering numerous different periods of Greece’s antiquity.
There is no surprise then why Thessaloniki is such a wonderful destination for those who love history and ancient secrets.
Greek, Hellenistic, Roman, and Byzantine antiquities can be literally found in every inch of the city’s center as well as its suburbs, something that is easy to understand if we think about how many centuries this place has been inhabited for.
In order to recreate the city center’s magnificent past, Greece’s 16th Ephorate of Prehistoric and Classical Antiquities has digitally created a virtual tour of the Palace Complex of Galerius, whose fragmented remains can still be found across the city.
The Galerian Complex, as it is also known, has been the most important monumental group in Thessaloniki, and it was built at the turning-point of the Roman and Byzantine eras.
It covered most of the city’s main areas during these times and was the most characteristic element of Thessaloniki.
Its construction began in the late 3rd and early 4th century AD when Caesar Galerius Valerianus Maximianus Galerius served as the Roman Empire’s Ceasar.
Galerius chose Thessaloniki as the seat of the eastern part of the Roman Empire, due to its strategic location right between the West and the East.
The digital recreation of the complex was made using archaeological evidence, offering a unique view of what the city looked like during its Roman and early Byzantine times.