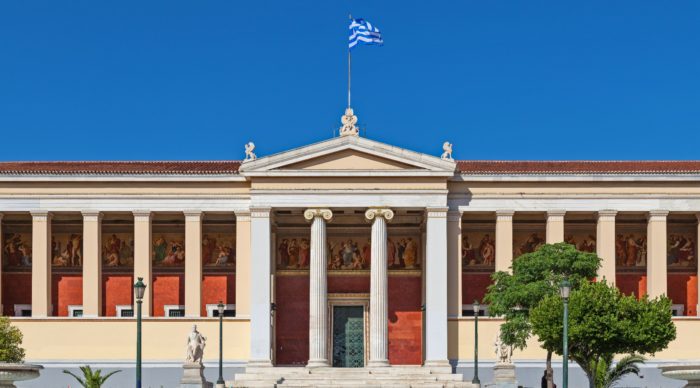 Greece’s younger generations have become known across Europe and beyond for the high level of their academic qualifications and achievements, a trend that took root in the country several decades earlier.
Greek citizens are constitutionally entitled to receive a high-quality education at all levels, free of charge, and despite the harsh reality of a difficult economy, the families of Greek students still pay huge amounts of money for their children’s living expenses while they are in school, throughout their entire academic career.
This has led to a huge spike in the numbers of university graduates in the country in the last several decades.
However, the most recent data published on Tuesday by the Greek Statistics Authority (ELSTAT) shows that a new record was broken in 2018, this time in regard to the number of those who hold a postgraduate degree in the country.
More specifically, 18,373 individuals received a Master’s degree in the country in 2018, a figure which rose by an impressive 20.1 percent since 2017, when 15,292 individuals received their postgraduate qualifications. 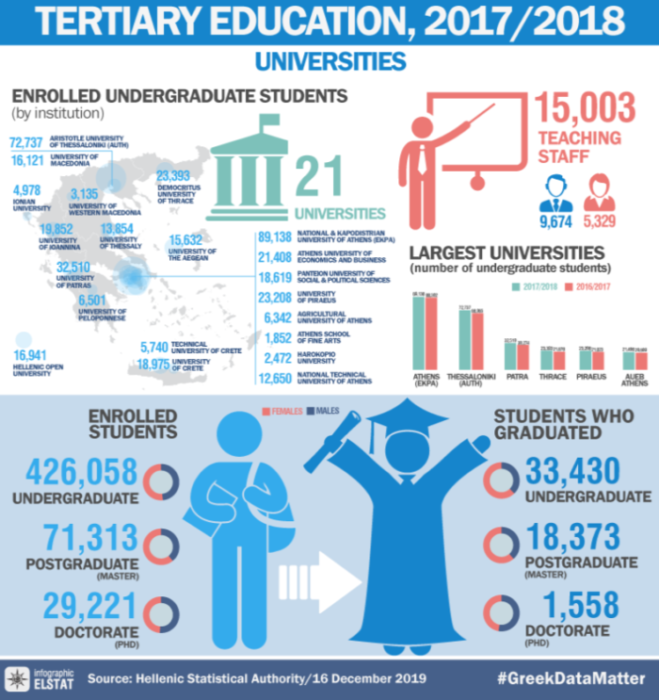 The number of students enrolled in a Master’s program in Greece in 2018 rose by 7.6 percent as well, reaching 71,396 individuals.
An increase was also recorded in the number of undergraduate students in the country in 2018.
A total of 426,058 individuals were enrolled in a University’s undergraduate program last year, a figure 4.1 percent higher than that of 2017.
ELSTAT’s findings also revealed that 29,291 individuals were enrolled in a postgraduate research (PhD) program in the country in 2018, compared to 28,682 in 2017.
According to the research, 1,558 of them obtained their doctorate in 2018, a figure slightly lower compared to 2017.
These new figures are of course encouraging since they confirm that Greece continues to have one of the most qualified workforces in Europe.
However, these statistics hide behind them a more gloomy reality about the country’s economy.
Knowing that it is difficult to find a decent-paying job in an economy which was impacted so much by the financial crisis, many people have tried desperately to enrich their CVs in an attempt to become more competitive on the job market.
While a rising number of those who are highly educated is normally one sign of a healthy society, it is imperative for the country to find ways of offering incentives to these people to stay in Greece instead of moving to other job markets in Northern Europe or America to pursue their academic and professional dreams.