United Nations Sits on the Fence Over Turkey's Maritime Designs 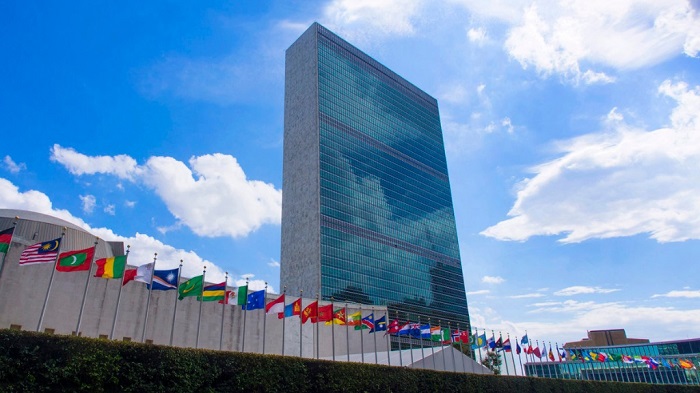 The United Nations on Wednesday urged Greece and Turkey to maintain a dialogue after Athens called on the Security Council to condemn a recent agreement that would extend Turkey’s sea boundaries in the Mediterranean.
Farhan Haq, the deputy spokesman for the Secretary-General, said the U.N. secretariat takes no position on matters concerning member states’ maritime borders.
“However, in certain areas, such as enclosed or semi-enclosed seas, particular attention needs to be paid to the interests of third parties,” he said.
“We are confident that all parties concerned recognize the need for continued dialogue on these sensitive matters.” Haq added that “all differences should be resolved by peaceful means.”
Asked whether the Secretary-General will accept the new Turkish-Libyan maritime deal as a legal document, Haq said that he is hearing “completely different views about the legality of this, which neatly sums up the position we’re in right now.”
Turkey and Libya struck an agreement at the end of November which would enable Ankara to extend its maritime boundaries in the eastern Mediterranean, where significant oil deposits have been discovered in recent years.
Earlier in the week, Greece sent a letter to the UN outlining in detail its objections to the “legally invalid” deal and calling on Secretary-General Antonio Guterres to bring the matter before the Security Council.
The letter – sent in two copies to Guterres and the Security Council presidency – states that the deal blatantly violates the rules governing the law of the sea regarding the demarcation of maritime borders, as Turkey and Libya do not have overlapping sea zones or common boundaries.
Therefore, the letter says, there is no legal basis for an agreement demarcating sea zones. The letter also notes that the memorandum of understanding ignores the presence of Greek islands, including Crete.
Moreover, the continental shelves and exclusive economic zones described in the agreement’s text are dismissed by Greece as illegitimate, arbitrary, provocative and an open violation of its sovereign rights.