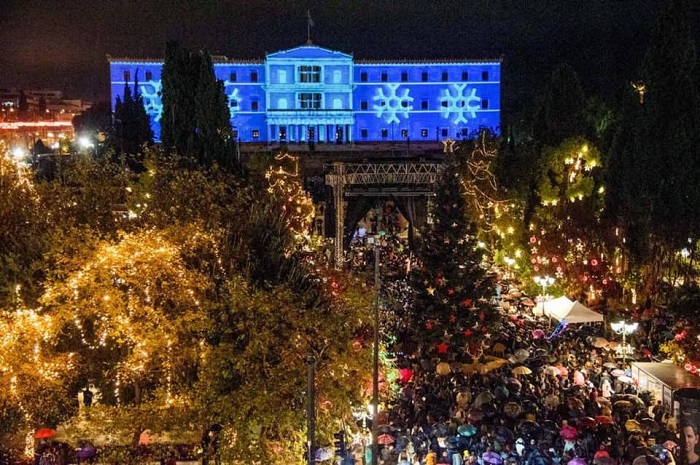 The festive season kicked off in Athens with the lighting tree ceremony in Syntagma Square in front of the Greek Parliament building on Tuesday.
Kostas Bakoyannis, the mayor of Athens, gave the official signal for the illumination of the giant 17-meter (56-foot) tall natural Christmas tree.
The holiday celebrations began with a 3-D projection mapping on the facade of the Parliament building and an open-air concert featuring popular Greek artists. 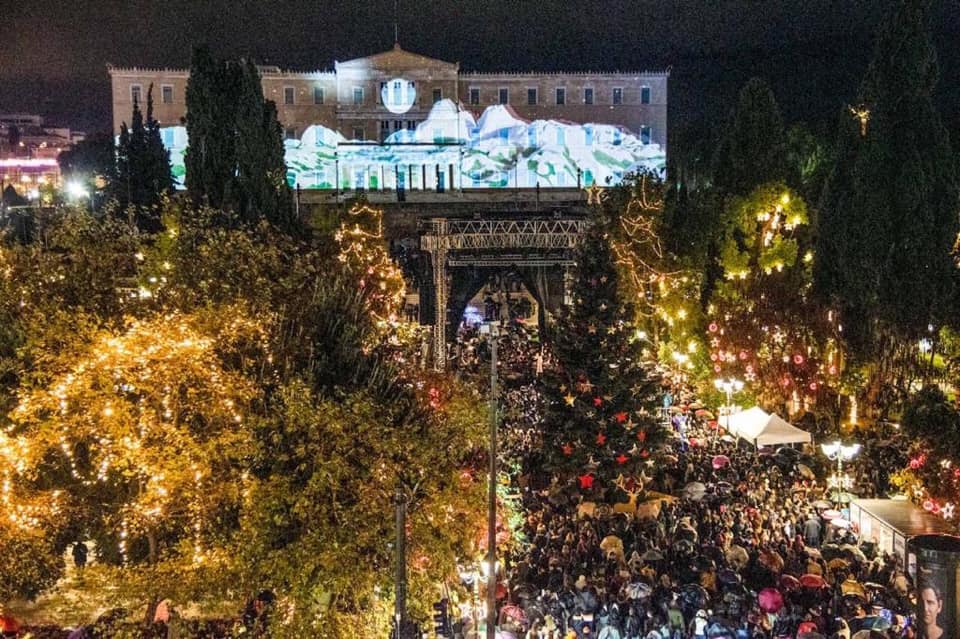 “Come rain or shine, the tree will light up,” the mayor promised the crowd, which braved the rainfall to witness the lighting of the Greek capital’s official Christmas tree. 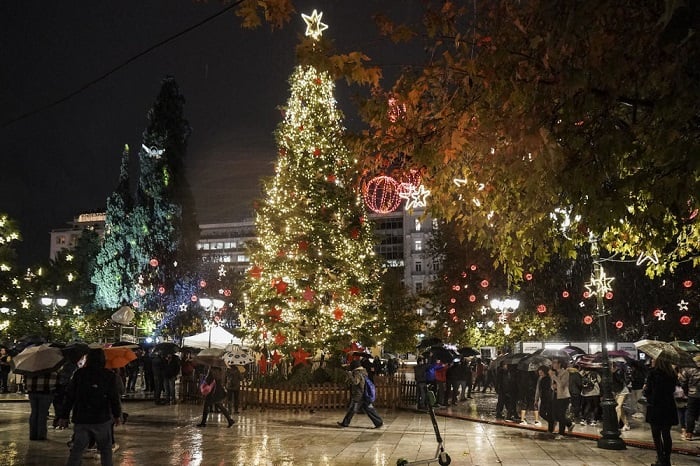 Following an invitation issued by the City of Athens this holiday season, businesses, institutions and associations “adopted” avenues, streets and neighborhoods in the Greek capital to sponsor the Christmas decorations for this year under the “Adopt Your City” program.
The aim was to have more areas and neighborhoods around the Greek capital bedecked with festive lighting, not just the center of the city, as has been the norm in the past.
A total of thirty public squares in the Greek capital were decorated this year, along with 81 streets and avenues.
With the contribution of private and public entities, organizations and societies, the budget for this year’s holiday celebrations reached a total of 800,000 euros ($887,560.00).

Transmission of Covid-19 has skyrocketed in Greece once again, as the country recorded a stunning 2,147 cases on Tuesday.
Greece