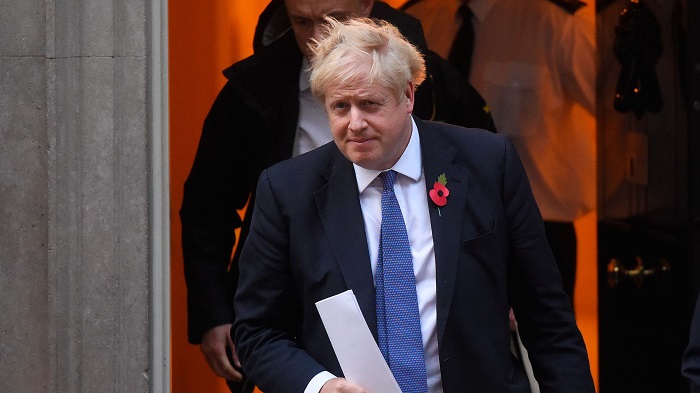 British Prime Minister Boris Johnson revealed in a television interview on Tuesday that he solves quadratic equations and reads poetry in Greek to relax.

Boris Johnson reveals he does quadratic equations and reads poetry in Greek to relax #GE2019 pic.twitter.com/2wk8xVefvM

By any measure a controversial personality, Boris Johnson is a Brexiteer — but he is also a great philhellene, as his classical studies and constant references to ancient Greek figures show.

Still, as a patriotic Briton, he is against the return of the Parthenon sculptures to Greece. In fact, he has even been quoted as saying that the Marbles “…were rescued quite rightly by Elgin.”

Related: The UK’s New PM Loves Greece — But Will he Return the Marbles? (video)

The roofless church of Panagia Kakaviotissa on the island of Limnos is one of the most impressive Greek Orthodox churches in the world.
Greek News

Recent excavations undertaken by the Ephorate of Antiquities of Lesvos  have revealed new Byzantine structures and baths dating back to the Ottoman era.
Education