GRNews
GreekReporter.comGreek NewsArchaeologyThe UK's New PM Loves Greece -- But Will he Return the...

The UK’s New PM Loves Greece — But Will he Return the Marbles? (video)

By any measure a controversial personality, the new British Prime Minister Boris Johnson is a Brexiteer — but he is also a great philhellene, as his classical studies and constant references to ancient Greek figures show.

Yet, as a patriotic Briton, he is against the return of the Parthenon sculptures to Greece. In fact, he has even been quoted as saying that the Marbles “…were rescued quite rightly by Elgin.”

The new British Prime Minister studied Classics at Balliol College, Oxford. In 1986, he ran for president of the Oxford University Union, winning the position with the support of his wealthy, privileged colleagues.

It was that year when he invited Greece’s Minister of Culture at the time, Melina Merkouri, who was in the midst of her fight to get the Parthenon sculptures back from the British Museum, to meet with him. The Greek minister visited Oxford University to discuss the need for the priceless marbles to return to Greece and reunite with the rest of the sculptures, and the Parthenon itself.

Despite Merkouri’s heartfelt pleas, Johnson remained unconvinced. In the ensuing decades, and especially during his London mayoralty, which lasted from 2008 to 2016, the new prime minister remained opposed to the repatriation of the Parthenon Marbles. 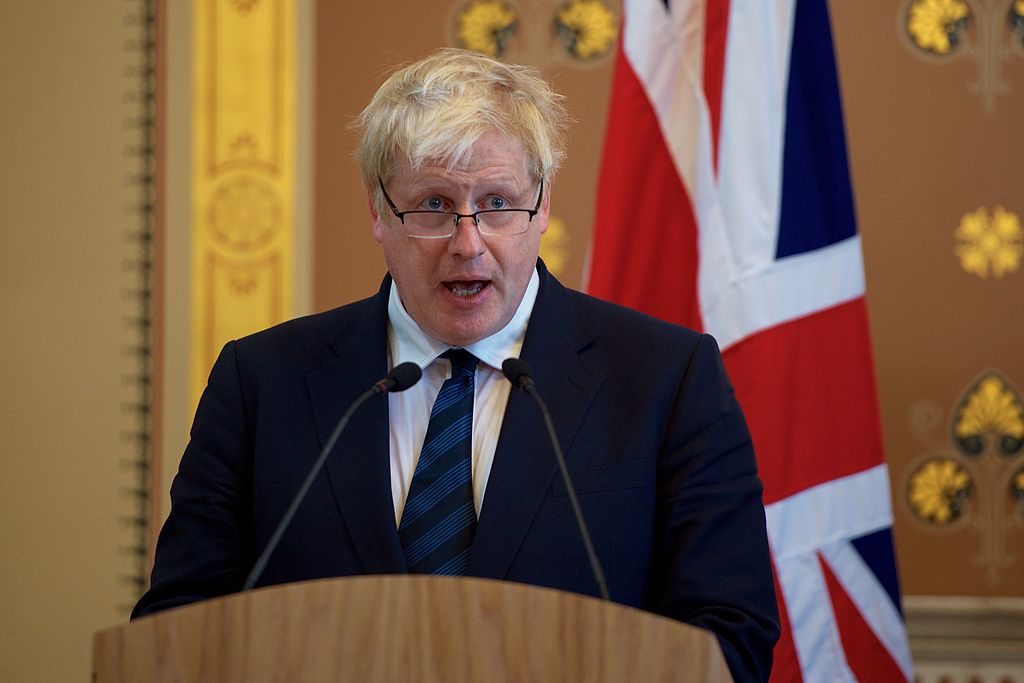 In an academic event which took place at Central Hall in Westminster on November 19, 2015, comparing the contributions of Greece and Rome to human civilization, Johnson argued that the Greeks had been first in everything.

The Greeks gave us poetry, history, art and philosophy, the new British prime minister argued. They also gave us biography, historiography, tragedy and comedy. They gave us rational scientific inquiry and mathematics. They gave us the Olympic Games.

Praising Homer, Johnson said that “The Iliad” and “The Odyssey” are the earliest surviving epic poems, the foundations on which all European literature was later built. The Greek myths such as the tales of Oedipus, Heracles and Persephone contain the archetypal plot elements of hubris and nemesis on which modern literature and film are based today.

In his great speech given at the 2015 symposium, Johnson spoke about the Parthenon Marbles with awe, saying, “When you go through the mind-blowing suite of galleries in the British Museum, you can see humanity working its way up.”

In the Parthenon sculptures, he said, “You see the ordinary people of Athens on the same level with the gods. This is the moment in the human story that the individual takes center stage. It’s not the gods (depicted), it’s man who is the measure of all things.”

Unlike all the art which survives from that time, Johnson stressed that what is missing from the great sculptures is a depiction of a king. The lack of a king sculpture is “the logical conclusion of insubordination… thus, we have the world’s first democracy.”

“They gave us our first system of government,” Johnson enthused, and cleverly concluded his praise of Greece by saying, “…and they gave us Rome.”

It is no wonder then that Johnson visits Greece quite often. In fact he even owns a holiday home in Pelion, in central Greece, a great travel destination which combines a beautiful seacoast with lush mountain forests.

The new British Prime Minister was in Pelion in January of 2019 and was also seen there in August of 2018, enjoying the glorious countryside.