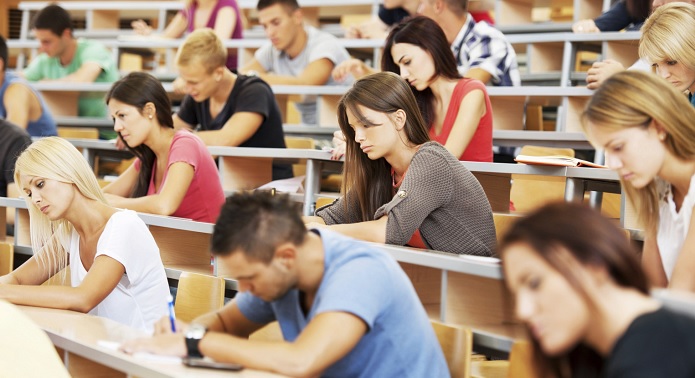 The Organization for Economic Co-operation and Development (OECD) recently published its new triennial PISA report for 2018, in which it ranks scores of countries in the educational performance of their high school students in core subjects.
Greek students’ performances ranked lower compared to the previous report, released in 2015, in the areas of reading, mathematics and sciences, the three main categories covered in the OECD report.
Although the country’s ranking is slightly lower than the average, its results are especially disappointing when compared to other nations, taking into consideration the amount of time and effort Greece’s educational system requires of its students.
More specifically, in the category of reading, Greek students scored 457 points, when the OECD average was 487.
The highest score of all the countries studied was achieved by students in China (555 points) and the lowest by students in the Philippines (340 points).
In the discipline of Mathematics, the OECD average was 489 points.
Greece, along with Cyprus, garnered 451 points, with Chinese students, once again, topping the list with an impressive 591 points. Students from the Dominican Republic came in last, with only 325 points.
In the area of the sciences, Greek students scored 452 points, with the OECD average for this study at 489.
This discipline again was topped by Chinese students, while the bottom spot was occupied  by those from the Dominican Republic.
A total of 77 countries participated in this year’s study.
Although Greek students did not fare exceptionally badly, their below-average performance raises questions about the ability of the national educational system to offer what is most crucial to its students, especially when it is considered one of the most demanding school systems, at least at a European level.