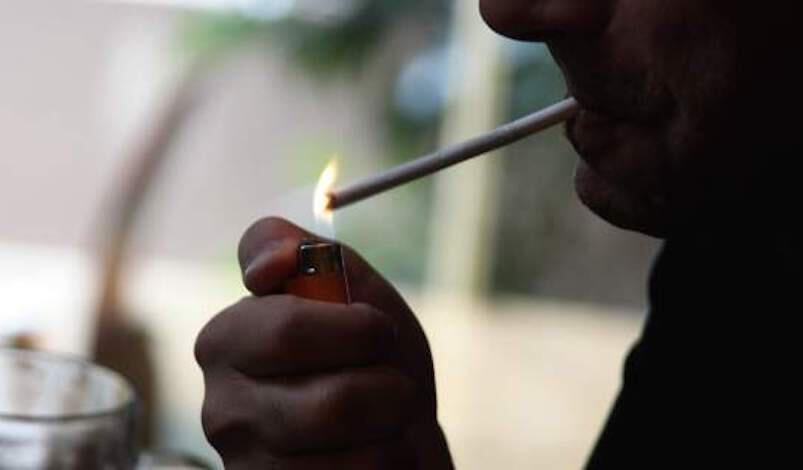 Greeks come in second in smoking among EU member state citizens, and they also rank in second place in childhood obesity, while they are very cautious in vaccinating their children, a new report says.
The report, presented by EU Commissioner in charge of Health and Food Safety Vytenis Andriukaitis, says that all the above practices constitute a public health threat.
In particular, although the number of adult Greek smokers has declined since 2000, 27 percent of citizens still smoke daily, the second-highest percentage of smokers in the EU after Bulgaria.
However, one encouraging statistic the report revealed was that among 15-16 year-olds in Greece, only one in five said they had smoked last month, a rate lower than many other European countries.
At the same time, Greece has the unfortunate distinction of coming in second in the area of  adolescent obesity, following only the tiny island nation of Malta.
Boys are more overweight and obese than girls, while 17 percent of Greek adults are considered obese. This is one of the highest rates of obesity in the Mediterranean countries, with Italy recording 11 percent and Cyprus 14 percent.
According to the report, the high rate of obesity is due to poor nutrition coupled with little physical activity. Despite the fact that Greek cuisine is rich in fruits and vegetables, only 50 percent of Greeks said they eat fruit daily and only 60 percent eat vegetables — one of the lowest rates in the EU.
At the same time, only one in nine teenagers said they perform some kind of moderate exercise every day.
Nevertheless, life expectancy in Greece stood at 81.4 years in 2017, six months longer than the EU average. Greece’s enviable life expectancy rates – among the highest in the EU in 2000 – has risen 2.8 years, but it should be noted that life expectancy has also increased in other member states.
The main causes of death in Greece are strokes and ischemic heart disease, while lung cancer also remains a leading cause of death. At the same time, there has been an increase in mortality from pancreatic and colon cancer since 2000.
The report points out that with the exception of the reduced number of traffic fatalities, the economic crisis has had a significant impact on the health of the Greek population, and on mental health in particular. The report notes that suicide and depression rates in Greece have worsened in the last several years.
Although Greece still has the lowest suicide rate in the EU after Cyprus, the rates have increased by 30 percent (4.3 per 100,000 people on average since 2010 compared to 3.3 in the previous decade).
At the same time, the report refers to a series of studies that discovered an increase in symptoms of severe depression in the general population, from an extremely low 3.3 percent in 2008 to 12.3 percent in 2013.