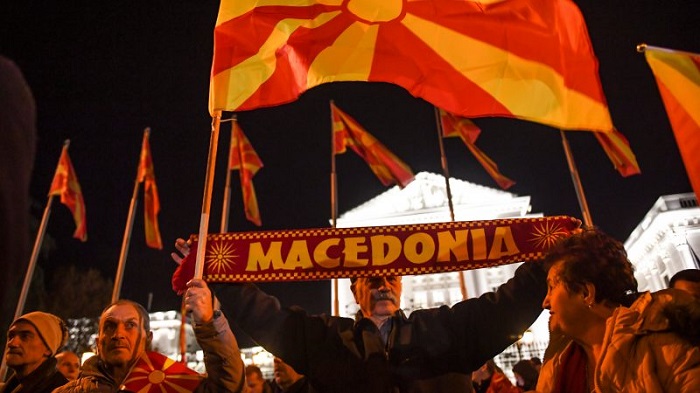 The stalemate over North Macedonia’s accession to the European Union due to the French veto has reignited nationalist sentiments there, with the main opposition party threatening to challenge the name deal with Greece signed in June of 2018.
A senior member of the VRMO-DPMNE party told Greek media on Thursday that if it is voted into power in the April general elections, it would challenge the Prespa Agreement.
Timco Mucunski, the VRMO-DPMNE’s international relations secretary, told Skai TV “If a new government is formed, its priority will be to put ‘Macedonia’ on the fast track to European accession. If we achieve this, it will be easier to reopen these issues, to reopen the issue of self-determination, which the Prespa Agreement denies us,.”
“I guarantee that for as long as I live, and well beyond that, no citizen of this country will use the new name (North Macedonia) at will,” Mucunski added.
North Macedonia’s Prime Minister Zoran Zaev called snap elections last week following a decision by EU leaders to postpone the opening of membership talks with his country and neighboring Albania.
“I am disappointed and angry and I know that the entire population feels this way,” Zaev said, adding that his country’s citizens would now “decide the road we are going to take,” without specifying what he suggested for other options.