Oldest Lighthouse in the World Once Stood off Greece's Pelion Peninsula 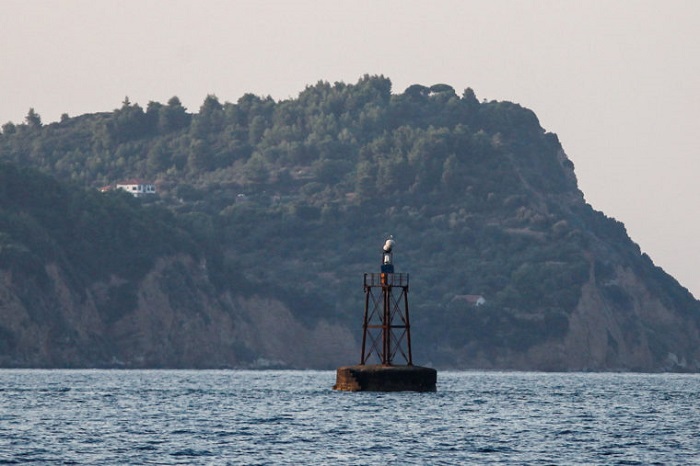 The straits between Greece’s south Pelion Peninsula and the island of Skiathos in the Northern Sporades conceal many secrets in their treacherous waters — including one little-known fact known mostly to historians and a handful of locals.
Few people are aware that the deadly Lefteris Reef, where many ships have come to grief, was the site of the most ancient lighthouse in the world, older even than the famed Lighthouse, or “Pharos,” of Alexandria.
The straits appear to be a seemingly harmless stretch of water roughly 2.5 miles across. However, beneath its calm surface lurk shallows and craggy reefs which make these some of the most dangerous waters to navigate in the entire Aegean.
Lefteris Reef is the deadliest area of all and the history of its ancient lighthouse stretches back to antiquity and the Greco-Persian wars.
According to experts, the historic tower of the lighthouse was built by the Persian Emperor Xerxes to warn his sailors that the strait was virtually impassable, with reefs where even small, shallow-draft ships might run aground.
According to the historian Herodotus, the Persians had lost many ships on the reef as they sailed across the Aegean in their quest to conquer ancient Greece. In 480 BC, Xerxes ordered that a tall tower should be built atop the reef itself as a warning to avoid the area.
This stone tower, built 250 years before the lighthouse of Alexandria, is considered the most ancient structure ever built to ensure the safety of ships, anywhere in the entire world.
The lighthouse was made of blocks of dolomite taken from the Sepiada mines in the south Pelion region, each weighing up to half a ton, which were laid atop one another to make a gleaming white stone column.
Parts of this structure, which fell into the water at some later date, were recovered by Hellenic Navy divers in 1928 and are now displayed in the courtyard of the Naval Command building in Piraeus.
Skiathos mayor Thodoris Tzoumas said the island’s authorities have now been in contact with the Navy in an effort to highlight the historic significance of the lighthouse and turn it into a “point of reference” for visitors.
The site is already a destination for scuba divers, due to two shipwrecks which were victims of Lefteris Reef during the previous century, despite the lighthouse’s existence.
One is the wreck of the 60-meter (197-foot) long freighter “Vera,” which foundered on the reef in 1999 and split in two, sinking to a depth of 17 to 28 meters (56 to 92 feet), where it is easily accessible to recreational divers.

The second shipwreck, which presents more of a challenge to divers, is the great steamship “Volos,” which traversed the route between Hamburg and Istanbul for many years before it was driven onto the reef during a violent storm on February 21, 1931.
Although the crew was saved and her captain valiantly remained on board another three days after it struck the reef in an effort to save it, the Volos sank to the bottom of the sea, resting at an angle against the reef.
Part of the hull of the Volos now lies at a depth of more than 36 meters (118 feet), while the bow plunges down 61 meters (200 feet) under sea level.
Source: AMNA

Summit Between Biden and Putin to be held Wednesday