Did Greece's SYRIZA Government Ask Russia to Print Drachmas in 2015? 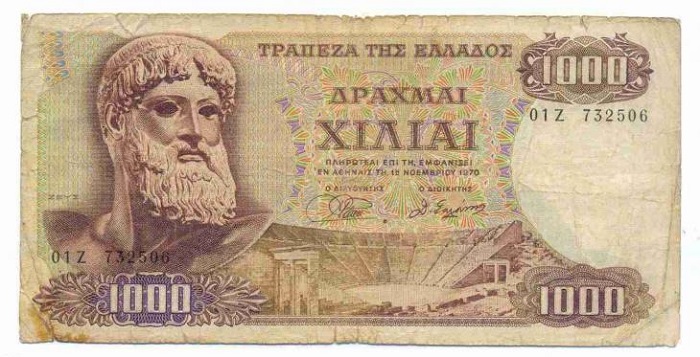 A bombshell revelation from a French book, claiming that the SYRIZA government asked Russia to print drachmas in order to replace the euro in 2015 has opened a new round of political controversy in Greece.
The claim, made in the book “Un président ne devrait pas dire ça…” (“The President cannot say something like that…”) written in 2016 by two French journalists in cooperation with former President Francois Hollande, was repeated by the Governor of the Bank of Greece Yannis Stournaras during a book launch on Monday.
He was introducing the English version of “The Last Bluff: How Greece Came Face-to-Face with Financial Catastrophe & the Secret Plan for its Euro Exit,” by the Greek journalists Viktoria Dendrinou and Eleni Varvitsioti.
Stournaras said that Greece itself lacked the technical means to issue drachmas and therefore it sought Russian help to print its money.
According to the passage of the book read by Stournaras at the book launch, Russian President Vladimir Putin called Hollande on July 6 2015, one day after the Greek referendum which rejected the deal with the country’s lenders, and told him that Greece had requested help in printing drachmas.
Putin felt that he was bound to inform Hollande of this matter at that crucial time, while Greece’s future was hanging by a thread. The book claims that the Russian leader made it clear to Hollande that Russia did not want to get involved in the plan.
Tsipras Hits Back
Former Prime Minister Alexis Tsipras said on Tuesday that he is also considering writing a book about the dramatic events of 2015, when Greece was a hair’s breadth away from exiting the Euro.
Speaking in the western town of Patra, Tsipras hit back at his opponents, who accused his administration of gambling away the country’s future by threatening to abandon the common European currency.
The former PM noted that several books have already been written recently about this dark period in modern Greek history. “Perhaps at some point myself, the main protagonist of this very important period in modern history, may feel the need to reveal more about the events,” he added.