Double Trouble at First Gathering of Twins from Across Greece

The first-ever Pan-Hellenic Twins Meeting took place on Sunday in Trikala, a city in northwestern Thessaly, Greece, to celebrate the unique bonds that are shared between twins and triplets.
The event took place at Saint George’s Park in Trikala, where twins (and at least one group of triplets) from across Greece gathered from 11:00 AM until 19:00 PM, to participate in this first-ever special meeting. Many different activities were held, including competitions and expert lectures on twin-related subjects for the assembled siblings. 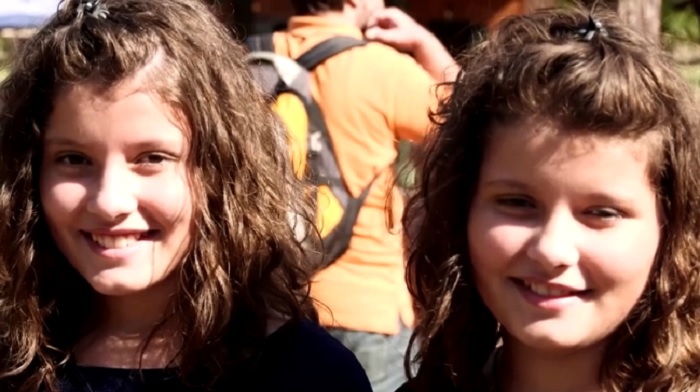 The meeting was organized by the Trikala Twins Association and the Trikala Municipality after the idea was proposed to the city by Katerina and Athanasia Falia, twin sisters from the area. The city gladly acceded to their request for this unique-in-Greece event.
The twin sisters explained to reporters that ever since they were very young, they had wondered if other twin siblings felt the same special bond they did between each other. Katerina Falia pointed out that this initial meeting and get-together was also an opportunity to meet others like them and to exchange life experiences. 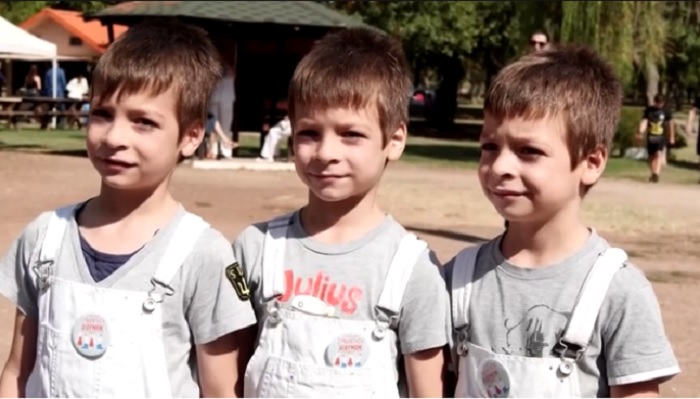 The call for participants was answered by dozens of twins of all ages who went along to celebrate, dressing in identical clothing to emphasize their similarity. 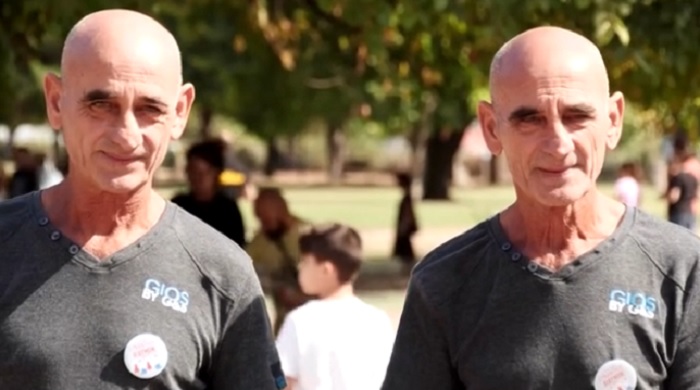 One set of twins at the event told reporters “The only thing we do not do together is watch Panathinaikos vs. Olympiakos soccer matches.” The two most successful Greek football teams are known as eternal rivals in Greece.
“When it comes to everything else we agree and love each other… (however) we have not watched a match together in thirty years,” the brother added.
At noon on Sunday there was also a competition which involved choosing which pair of twins looked most alike, and which looked less alike, between all the assembled twins from all over the country.