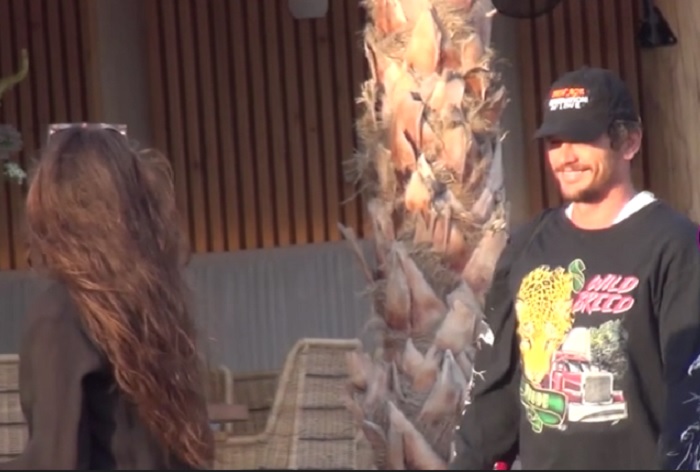 James Franco, the American actor and filmmaker, was spotted on the Greek island of Mykonos last Wednesday, enjoying the last days of summer on the Greek island.
This is the second consecutive year that Franco has visited the cosmopolitan Aegean island with his girlfriend Isabel Pakzad. Mykonos Live TV shot a video of the pair enjoying their time on the island.
The couple was seen basking in the sun and relaxing at the Solymar beach bar restaurant in Kalo Livadi. The two seemed relaxed and exchanged kisses on the sun loungers without caring about the inquisitive looks they occasionally received from celebrity gawkers.
Franco, who is known for his role in the Spiderman trilogy of films (2002-2007), was attempting to go unnoticed during his Mykonos vacation, and he accordingly explored the island by riding a quad, without bodyguards and dressed as an ordinary tourist.
After Greece, the couple then jetted off to Italy, where they were spotted enjoying the sights along the beautiful Almafi Coast.