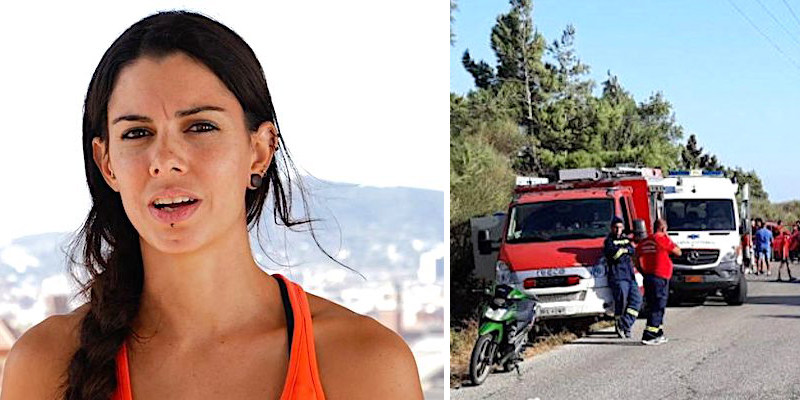 The body of missing British astrophysicist Dr. Natalie Christopher was found on Greece’s Ikaria island on Wednesday afternoon.
The body was found in a mountainous area, three miles away from the hotel where the British scientist was spending her vacation with her Cypriot partner.
The gorge where the body was discovered is located in extremely mountainous terrain and is reached with great difficulty.
Members of the island’s fire brigade, with the assistance of police officers from the islands of Ikaria and Samos, along with a team of volunteers, recovered the body of the unfortunate woman.
Earlier, a member of a volunteer team which was searching the area spotted the body of the woman in a steep gorge, in an area that is at least twenty meters deep.
Greek police authorities had expanded their search operations to locate the missing British woman on the island of Ikaria, who was spending her vacations there with her Cypriot partner.
Police began searching on Monday, after the woman’s disappearance was reported to the Saint Cyricus Ikaria Police Department by her partner.
Christopher, a British astrophysicist who was a resident of Cyprus, was visiting Ikaria for the weekend with her 38-year-old Cypriot partner. They stayed in the Kerame area, and had been planning to return to Cyprus on Monday.
Reports suggested earlier that a maid from the hotel had told the police that she heard screams coming from Christopher’s room the night before she went missing.
Police also discovered blood stains on the pillow Christopher had slept on, and they have sent the samples to a laboratory for DNA analysis.
The woman went missing after she allegedly told her partner on the phone that she had gone out jogging.