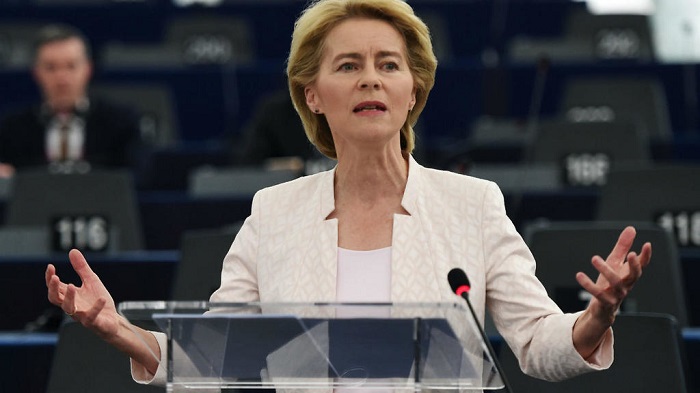 Members of the European Parliament narrowly backed Ursula von der Leyen as the next President of the European Commission on Tuesday, making her the first woman to hold Europe’s top job.

Germany’s defence minister was confirmed as the successor to Jean-Claude Juncker by a majority of only 9 votes after a much-criticised process and weeks of political uncertainty.

Her nomination as a compromise candidate by EU leaders as part of horse-trading has angered some politicians who had put forward their own candidates.

She needed 374 to votes to win Tuesday’s confirmation, and in the end won 383 — well short of the 420 achieved by her predecessor.

Born in Brussels, her family moved to Germany when she was 13. She studied economics at London’s LSE and medicine in Hanover before going into politics and she is fluent in English and French.

A close ally of German Chancellor Angela Merkel, she has been a member of Mrs Merkel’s conservative Christian Democrats (CDU) since 2005.

Now 60, Mrs von der Leyen is the mother of seven children, highly unusual in a country where the average birthrate is 1.59 children per woman.

She is seen as a staunch integrationist, backing closer military co-operation in the EU and highlighting earlier this year the “potential Europe has to unify and to promote peace”.

Earlier, in a bid to win MEPs’ support, she set out her priorities for the next five years, should she be confirmed in the job.