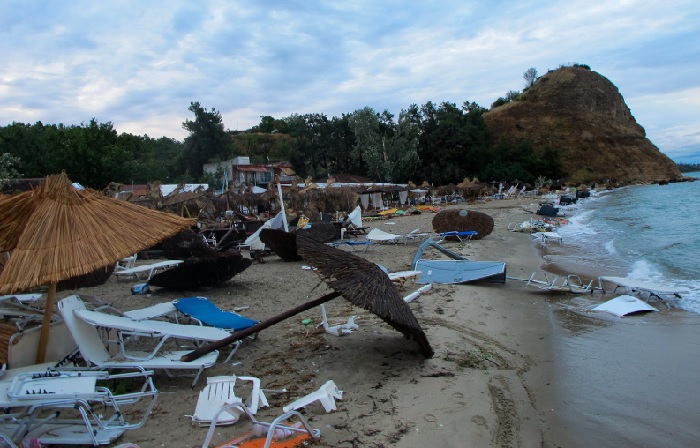 At least six people, including two children, died as severe gale-force winds, rain and hailstorms struck the Halkidiki region in northern Greece late on Wednesday, authorities said.
Tourists from the Czech Republic, Romania and Russia were among those who died in the storms.
Two of the victims were elderly Czech tourists who were killed when strong winds and water destroyed their camper van, according to police. 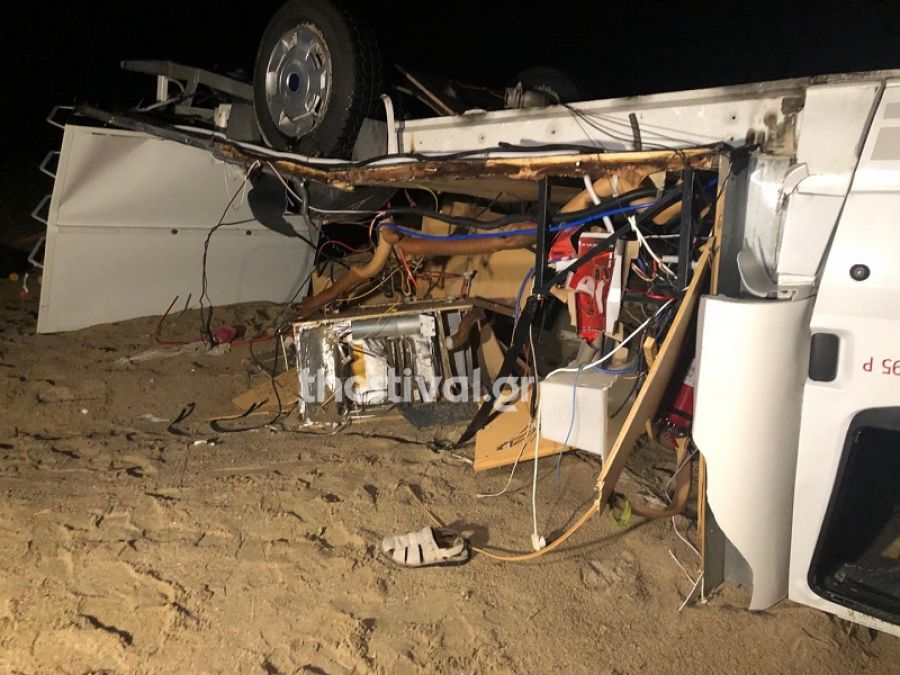 A woman and an 8-year-old boy, both Romanian nationals, were killed after a roof caved in at a restaurant in Nea Plagia.
Two Russian nationals, one of whom was a boy, also perished after a tree collapsed near their hotel in the coastal town of Potidea, authorities confirmed. 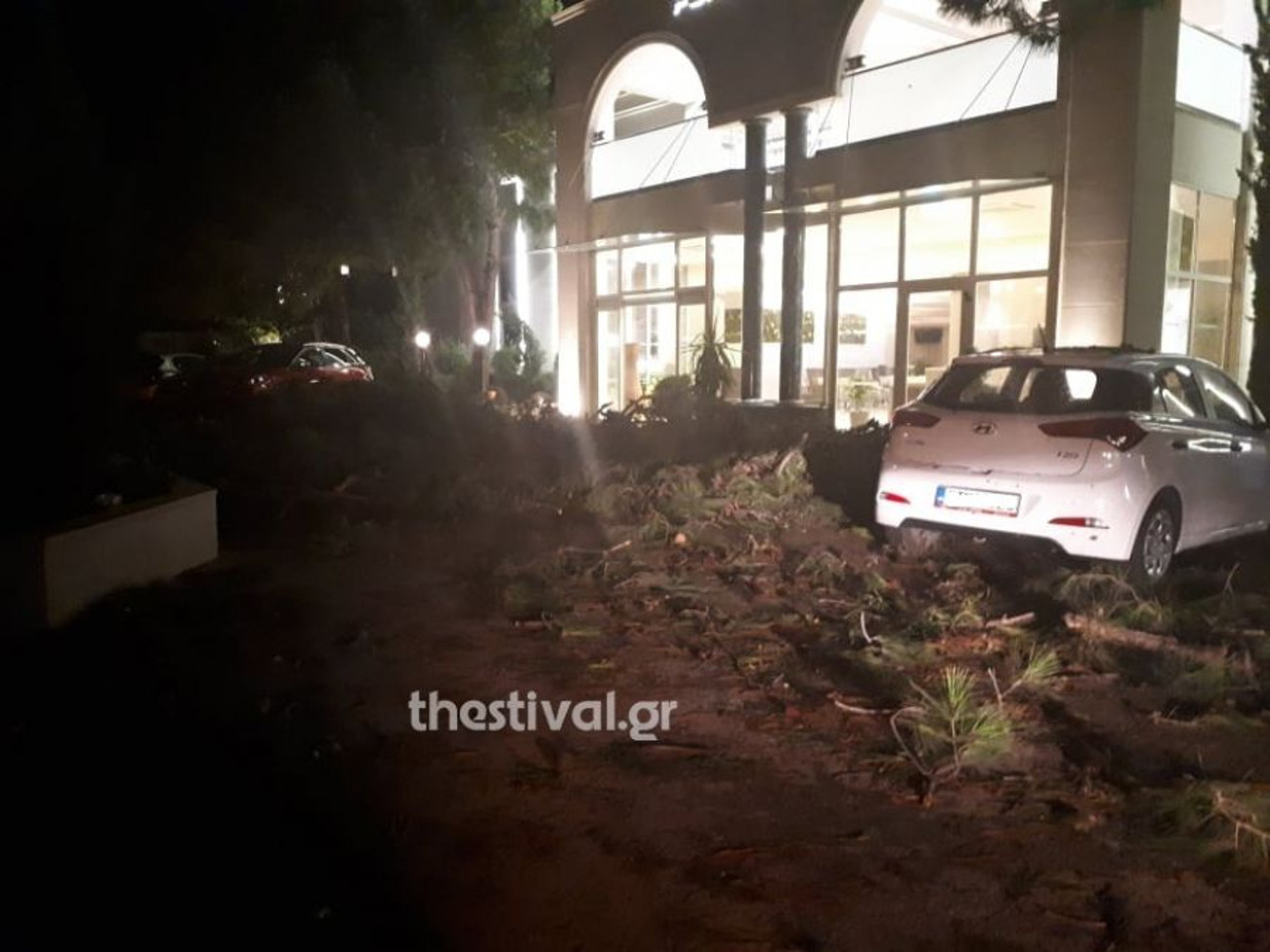 “Six tourists have been killed and at least 30 people have been injured during this cyclone,” Charalambos Steriadis, head of civil protection in northern Greece, said.
Steriadis added that Halkidiki has been declared in a state of emergency.
Many structures have been severely damaged. Local media described the phenomena as unprecedented in Halkidiki and especially during summer.
“It is the first time in my 25-year career that I have lived through something like this,” said Athansios Kaltsas, director of the Nea Moudania Medical Centre, where many of the injured were receiving treatment.
“It was so abrupt, and so sudden,” he added.