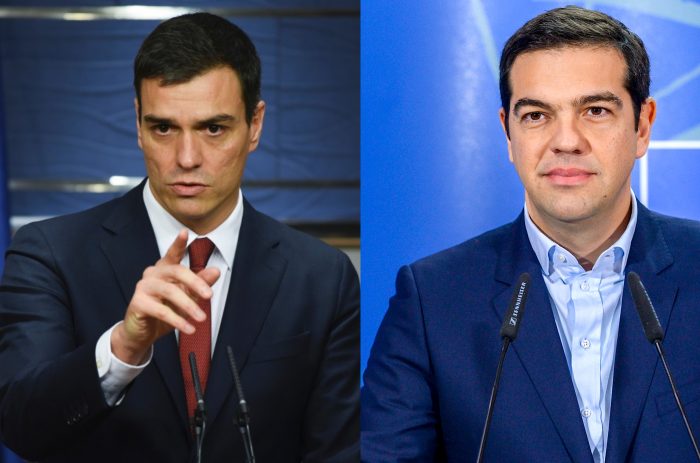 The Spanish Socialist Prime Minister Pedro Sanchez will represent Greece and its Premier Alexis Tsipras at the European Council meeting on Tuesday, as the Greek Prime Minister has to return to Greece for his pre-election obligations ahead of the national polls on July 7th.
The meeting will resume in the morning, as the European leaders have not yet concluded on who is going to fill the positions of the Presidency of the European Council, Commission, and Parliament as well as the position of the Head of the Union’s Foreign policy and the chief of the European Central Bank.
According to media reports, the Leaders are close to choosing the Socialist Frans Timmermans as the successor of Jean-Claude Juncker for the position of the Presidency of the European Commission, and probably, Manfred Weber as the new President of the European Parliament.
As the European leaders’ meeting on Tuesday will focus on making a decision on who will be chosen for these top European positions, Tsipras will be represented by Sanchez whose views are close if not identical on the issue.