GRNews
GreekReporter.comBusinessGreek Feta Cheese Exports to the UK Up by 214% in 10... 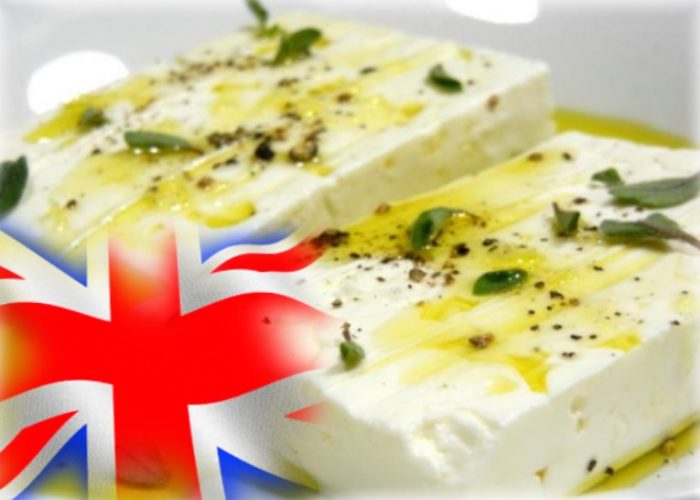 Exports of Greek feta cheese to the United Kingdom recorded an increase of 214 percent between 2008 and 2018, according to a survey conducted recently by the Department of Economic and Trade Affairs of the Greek Embassy in London.
More specifically, the value of Greek feta cheese exported to the UK in 2018 was 214 percent higher compared to that of 2008.
At the same time, the whole of Greek cheese exports to the UK (including other cheese products other than feta) recorded a 162-percent increase in value compared to the value of 2008.
In terms of volume of exports, an increase of 143 percent was recorded in 2018 compared to the volume exported from the country in 2008.
The UK is Greece’s second largest export destination for cheese, after Germany.
Germany absorbed 35 percent of the Greek cheese exports in 2018, while the UK absorbed 17 percent.
Greece is the ninth largest cheese importer in the UK and in 2018, the country imported cheese worth €51.4 million from Greece.
87 percent of the whole cheese imports the UK received from Greece in 2018 was feta cheese, Greece’s most popular cheese at home and abroad.
Among the reasons for this soar in exports, the report of the Greek Embassy notes the high popularity that Mediterranean cuisine now enjoys in Great Britain.
Among other reasons behind this soar, the Embassy mentions the general trend of British consumers to buy more continental European cheese products, the fact that numerous TV shows and famous chefs use feta cheese and other Greek cheeses in their recipes, as well as the fact that feta cheese is among the cheese products with the highest nutritional value.