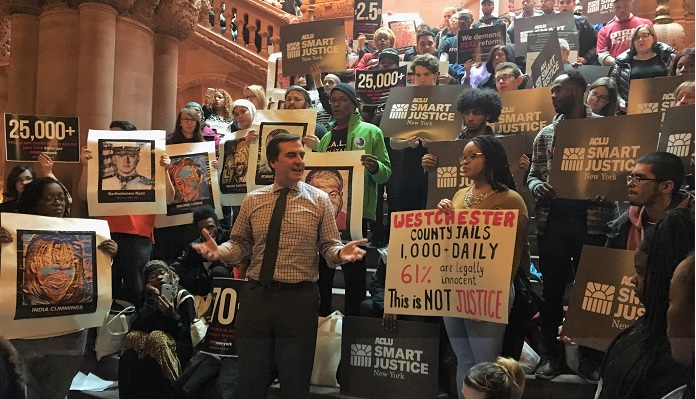 New York Senate Deputy Leader Michael Gianaris announced on Thursday that the Senate has passed his legislation demanding transparent information about how defendants are treated in the legal system.

The legislation creates new requirements for the chief administrator of the New York state courts to issue annual reports concerning defendants’ pre-trial experiences. The new reporting requirements are expected to demonstrate the efficacy of the new criminal justice reforms.

This comes on the heels of major reforms to bail, discovery, and speedy trial laws enacted in April which abolish cash bail amid calls from activists that people charged with crimes shouldn’t spend time in jail before they’re proven guilty simply because they can’t afford bail.

The Greek-American senator declared, “the drive to deliver real justice in our legal system made tremendous strides earlier this year but the fight for progress is far from over.”

“I was honored to lead the efforts to eliminate cash bail and work with my colleagues on other significant reforms. While our efforts continue, we need to demonstrate those efforts are achieving their prescribed goals. By requiring the courts to report data, we will better inform future policy decisions and give the public an understanding of the gravity of the changes we made this year,” he added.

Senator Gianaris’ bill creates data reporting requirements for the total number of cases in the system, individuals released versus remanded or subjected to electronic monitoring and for how long.

It also will catalog the disposition of cases, the length of time it takes for cases to reach disposition, and the average fines imposed for certain cases, as well as demographic information about defendants.

Senator Gianaris is the second Greek-American to be elected to the New York State Legislature after former Senator Dean Skelos.