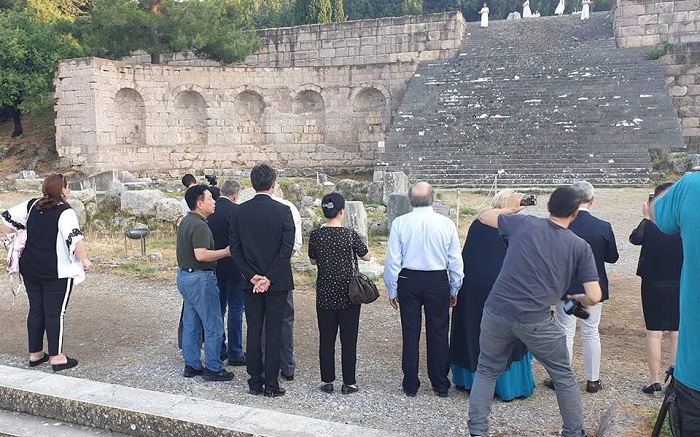 Chinese doctors participated in a Wednesday ceremony which revived the Hippocratic Oath at its very birthplace, the Asclepeion archaeological site on the Greek island of Kos in the Aegean Sea.
The Asclepeion is where Hippocrates, who lived from 460-370 BC and is considered the ancient Greek father of medicine, lived and practiced.
Physicians from east China’s Anhui Province and representatives of medical associations and universities from Anhui and Shanghai took the authentic Hippocratic Oath during an event organized by the International Health Tourism Center (IHTC) which aims at cross-border collaboration for high-end health tourism. 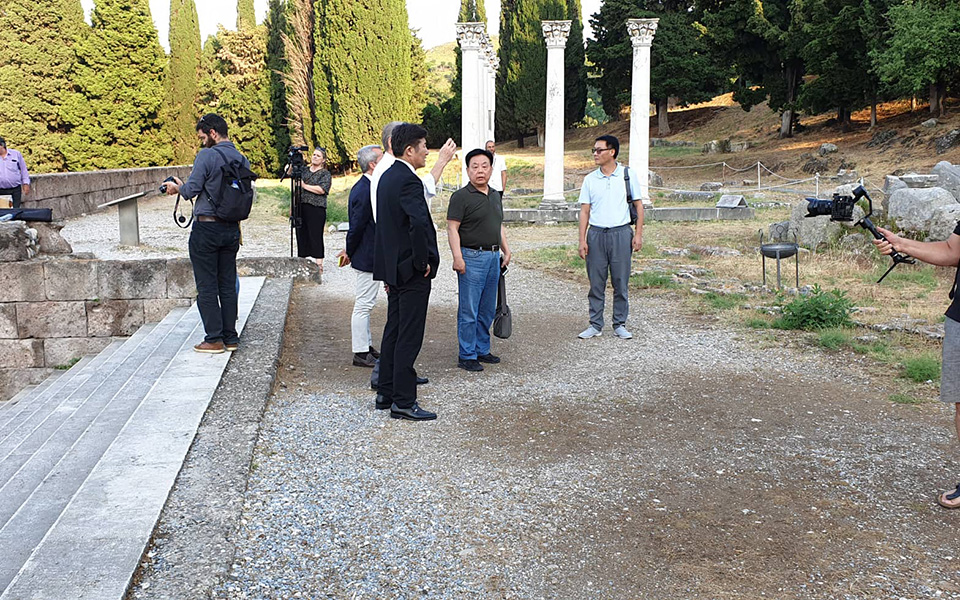 The Hippocratic Oath is an ethical code which has been adopted as a guide of conduct by the medical profession throughout the centuries. It is still used during the graduation ceremonies of many medical schools across the world.
In the oath, doctors pledge first to do no harm, to do their best to treat their patients and also to live an exemplary professional and personal life.
“After what we lived, after what we felt, I will return to our university in Anhui and announce that from now on all our students will take the authentic Hippocrates Oath at Kos,” Peng Daiyin, the president of Anhui University of Chinese Medicine, was quoted as saying by Xinhua news agency.