Mykonos Restaurant Which Ripped off US Tourist Violated Tax Laws 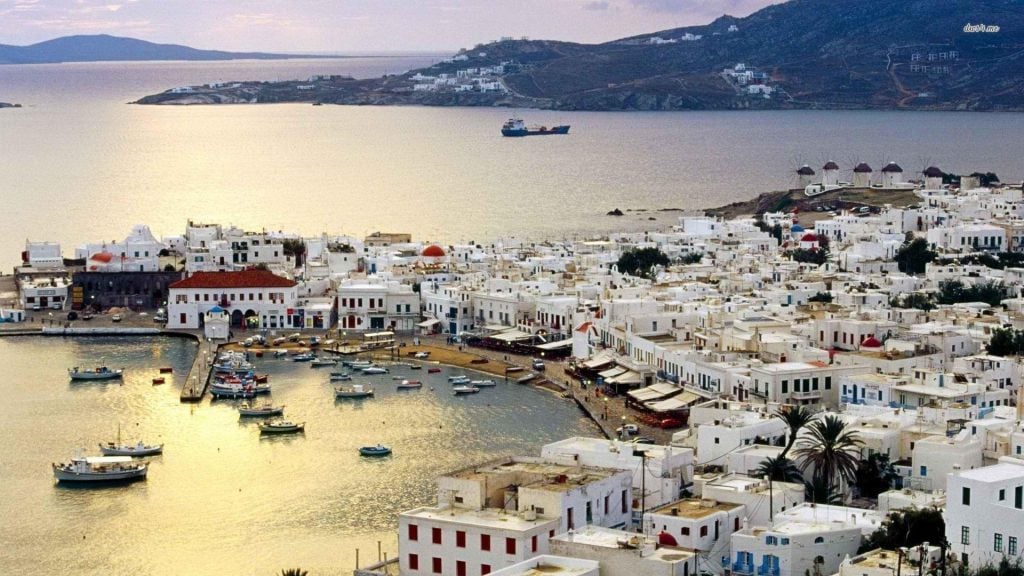 The Mykonos restaurant which charged 830 euros for six portions of calamari, six beers and three salads to a party of US tourists has been found in violation of tax laws.
Tax inspectors who descended on a restaurant, after the case was reported on international media, found that the restaurant had violated 12 tax rules.
The inspection came in the wake of a scathing review on TripAdvisor by an American tourist earlier in the week who complained that the restaurant, situated in Platis Gialos, “is a rip-off.”
He said that his dining party was charged 830 euros for six portions of calamari, six beers, and three salads.”This place is a trap,” he reported, adding that the staff refused to provide a menu — or even prices, to the diners.
According to his receipt, one portion of calamari cost 98.5 euros, one glass of tomato juice was an unreal 18 euros and two bottles of plain water cost the extortionate price of 17.8 euros. 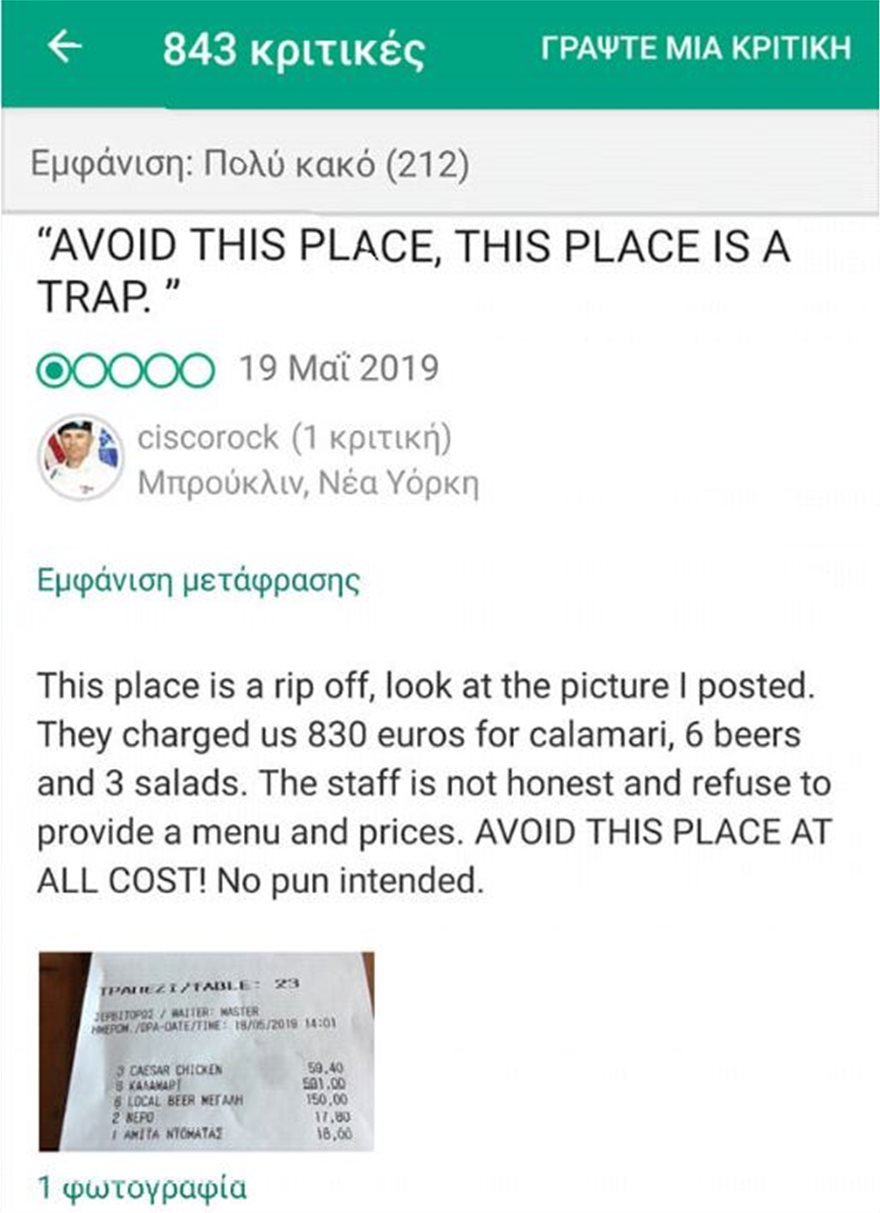