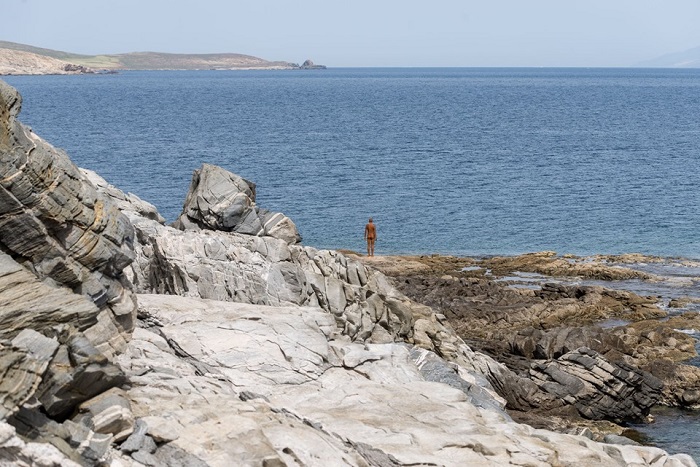 For the first time, a modern art exhibition is being held on Delos island. Greece’s 5,000-year-old archaeological site was once a flourishing trading center in the the Aegean Sea near Mykonos.
The site-specific exhibition by Antony Gormley, one of Britain’s best known sculptors, is presented by the Greek nonprofit organization NEON in collaboration with the Ephorate of Antiquities of the Cyclades, a regional service under the General Directorate of Antiquities of the Ministry of Culture and Sports.
This project, entitled SIGHT, exhibits 29 life-size iron body sculptures made by the artist during the last twenty years, including 5 specially commissioned new works, both at the periphery and integrated amongst Delos’ archaeological sites. 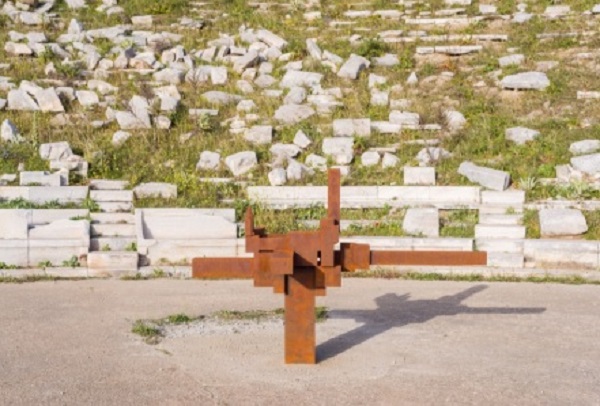 The sculptures are being placed in various parts of the island, with visitors being invited to discover them with the help of printed material. Two sculptures stand in the sea close to the shore, while some are on Kynthos Hill, in the Agora of the Competaliasts, at the entrance of the Stadium, and on the Stage of the Theater. 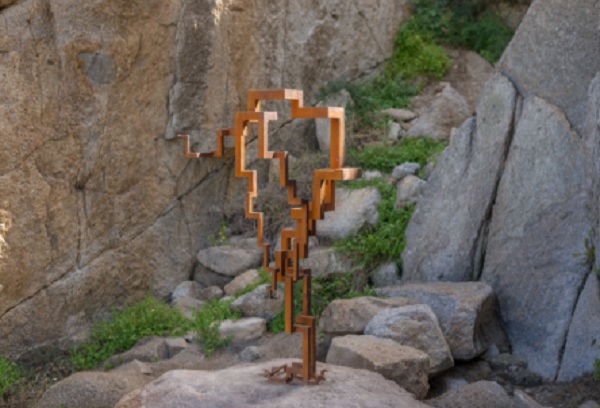 The exhibition, which will last until Oct. 31, also marks the first time a contemporary art installation has been unanimously approved by the Greek Archaeological Council to take place in Delos, a UNESCO world heritage site.
Delos is one of the most important mythological, historical and archaeological sites in all of Greece.
There are extensive excavations on the island, revealing ruins that tell tales of Delos as a holy sanctuary, dating back over a millennium before Greek mythology named it as the birthplace of the Greek Gods, Apollo (God of Light) and his twin sister Artemis (Goddess of Hunting).

Ruins of ancient stone huts on Delos date back to the 3rd millennium BC and from 900 BCE and 100 CE, the island was a cult center. Eventually it became a religious pilgrimage for the Ionians after undergoing a number of “purifications” at the command of the city-state of Athens around the 6th century BC.