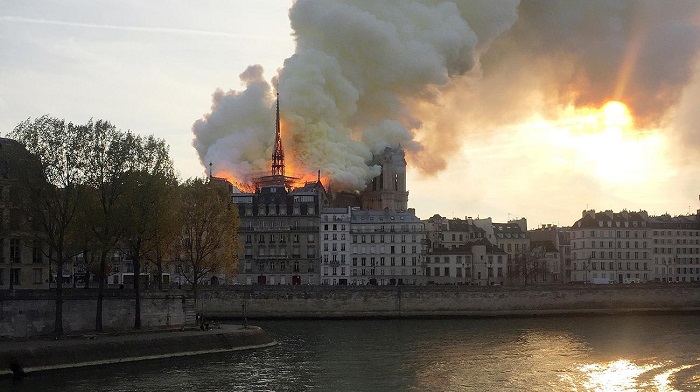 Greece’s Culture Minister Myrsine Zorba announced on Tuesday morning that Greece will immediately look into all the ways that the country can assist and support the French authorities to restore Notre Dame Cathedral.
Speaking with the state-run Praktoreio radio station, Zorba said that the country and her Ministry will contribute to every effort that will be made to restore the iconic Parisian cathedral.
The minister expressed her deep sorrow for the unspeakable catastrophe in Paris, noting that ”when we see such a monument being destroyed in front of our eyes, we feel like we are losing something from our own lives.”
Zorba highlighted the importance of being on alert regarding the protection of Greece’s monuments as well.
“The feeling that something may suddenly happen in a monument must make us understand the importance of a better planning for the protection of monuments,” she stated.
Greece’s offer of help comes as private donors have pledged hundreds of millions of euros to help rebuild the cathedral.
The French billionaire Bernard Arnault announced on Tuesday that he and the LVMH luxury conglomerate he controls would donate €200m to the reconstruction efforts.
The pledge came after the rival fashion group Kering, founded by the billionaire François Pinault, offered €100m to help “completely rebuild Notre Dame”.
The French president, Emmanuel Macron, vowed on Monday night that the monument would be rebuilt after its spire and roof collapsed in the blaze, thought to be linked to extensive renovation work.