GRNews
GreekReporter.comGreek NewsEnvironmentOutcry Over Bill Seen as Restricting Public Use of Greek Beaches

Outcry Over Bill Seen as Restricting Public Use of Greek Beaches 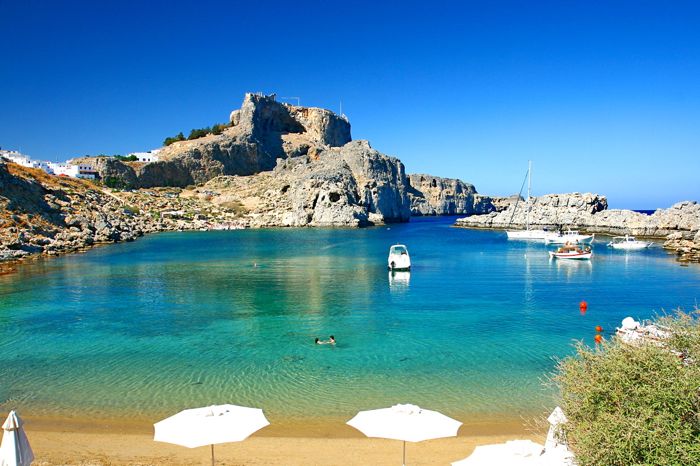 The new proposed legislation on shoreline use brought up for debate in the Greek Parliament has triggered strong reactions from environmental groups and opposition parties. Environmentalists are concerned that it may open the way for the legalization of illegal structures on the Greek coastline which threaten the historic public use of the beaches.
The issue is currently being discussed by the House’s Standing Committee on Production and Trade.
Those opposed to the legislation argue that large companies and hotels will likely take advantage of the proposed bill and legalize the illegal structures which were built on beaches before July 28, 2011. This would enable the entities to enjoy exclusive use of parts of the Greek shoreline.
The new bill says that businesses which have benefitted from growth and development laws and are contracted to the public sector, the National Tourism Organization or a local authority can now be legalized. This would apply to the majority of businesses on the Greek coast.
WWF collects signatures against draft bill
WWF Greece has reacted strongly to the bill, especially Article 34 and part of Article 28 which pertain to the legalization of illegal structures and the use of the shoreline. The organization points out that beaches are one of the most important aspects of the “national capital” of Greece.
According to WWF, the draft bill encourages the massive legalization of public and private buildings which were constructed illegally in the coastal zone. The organization is also concerned that it may lead to concessions for the exploration of oil and gas off the Greek coast.
The WWF also claims that the legislation fails to acknowledge Greece’s coastal zone as a critical natural infrastructure which protects people and nature and shields them from climate change.
The Fund says that the bill restricts public access to coastal and lake areas as well.
The bill would allow permanent construction on beaches including hotels, bars, cafes. It would also allow structures for industrial, mining, transportation, port, shipbuilding, energy, fishing and aquaculture purposes along the coastline.
It would furthermore abolish the requirement of coastal zone delineation as a prerequisite for the approval of private or public projects. Theodota Nantsou, the head of policy at WWF Greece who spoke at the opening of the debate on Wednesday, said the provisions in question constitute a “slippery slope” with unknown consequences.
Mihalis Kalogiannakis, head of the Association of Rural and Surveying Engineers, who spoke at the debate said, “Given that it [the bill] also includes those who do not have a permit to use the coast, it means that it will not only legalize those who built illegal construction, but also people who have encroached on the land.”

The WWF and thirteen other environmental organizations have sent a joint open letter to Prime Minister Alexis Tsipras to stop the “catastrophic” bill.
The organizations include Greenpeace, Medasset, Mom, ANIMA, Arcturos, Archelon, Ornithological Society, Hellenic Society for Environment and Culture, Hellenic Society for the Protection of Nature, Society for the Protection of Prespes, Mediterranean SOS Network, Callisto and the Ecological Recycling Society.
“Such provisions will surely lead to the definitive and complete alteration of the morphology of our country’s coastline, will limit people’s free access to the shore, (and) will essentially abolish the constitutionally-guaranteed public use of the coast,” the joint letter to the prime minister reads.
Government defends the bill
Defending the provisions of the bill, Deputy Finance Minister Katerina Papanatsiou said the government has no intention of legalizing structures which do not have an environmental permit nor fulfill certain conditions.
However, as the WWF points out, the shift of responsibility for the settlement of illegal structures to the Ministry of the Environment and Energy, and its licensing process, is worrying.
They claim that this is clearly inconsistent with the relevant EU legislation which provides for an environmental impact assessment to be carried out before the construction of a project, rather than after it has been built.