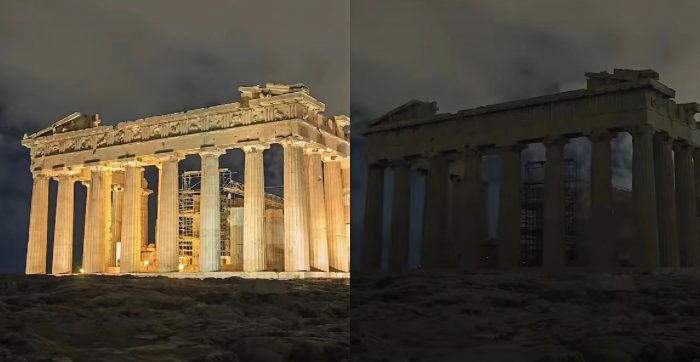 The lights of the Acropolis Hill and the Parthenon, as well as of other Greek landmarks went out on Saturday night to mark ”Earth Hour” 2019.
Monuments and public buildings around the world switched their lights off during the established ”Time for the Planet”.
In Athens, apart from the Acropolis, the lights were switched off from 20:30 to 21:30 on Lycabettus Hill, the Mayoral Mansion, the Hotel Grande Bretagne in Syntagma Square and in some parts of Athens’ International Airport.
The aim of this event was to mobilize citizens and governments around the world against climate change and its implications. 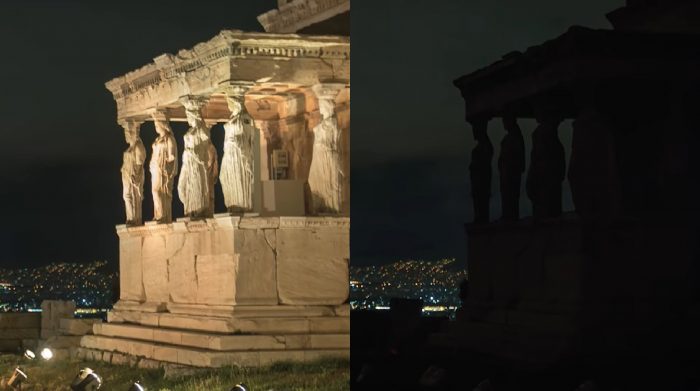 The Earth Hour initiative was launched in 2007 in Australia, with only Sydney hosting an event that year.
Twelve years later, the event is organized around the globe, with more than 187 countries taking part to raise awareness and inform people about the dangers of climate change.
According to scientists, the last years have been among the warmest ever recorded, a signal that something is going wrong with humanity’s handling of the situation.
You can see the moment the lights of the Acropolis hill were switched off on Saturday in this drone video made by Updrones: