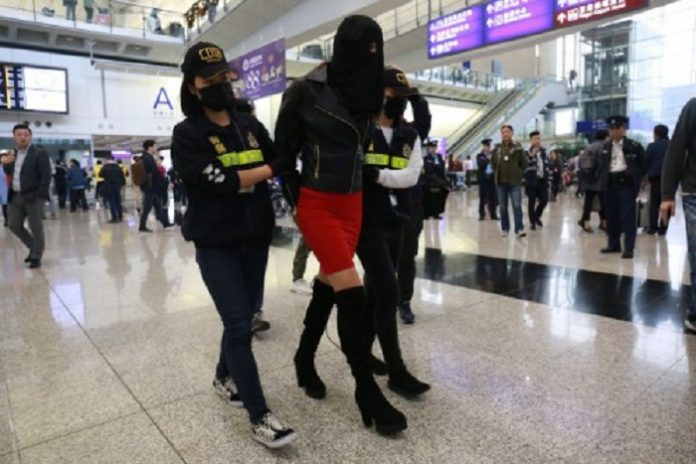 The trial of a 21 year-old Greek model from Lesvos who has been accused of drug trafficking opens on Thursday in Hong Kong.

Irene Melissaropoulou was arrested at Hong Kong International Airport in 2017 after cocaine with a street value of approximately 300,000 euros was found in her rucksack. She had just arrived there on a flight from Ethiopia.

Drug trafficking is seen as an extremely serious crime in Hong Kong, and is punishable by a fine of approximately $640,000 — as well as life imprisonment.

Melissaropoulou claims she had no knowledge of the drugs in her rucksack. Her lawyer, Sakis Kehagioglou, expressed optimism for the outcome of her trial. He maintains that his client was framed by an international drug smuggling ring.

The following video is from Melissaropoulou’s arrest in November 2017.